Home
Articles
How to prevent bedsores in older people
307

How to prevent bedsores in older people

Constant pressure on certain body parts can cause bedsores. But they can be prevented by keeping the areas clean and dry 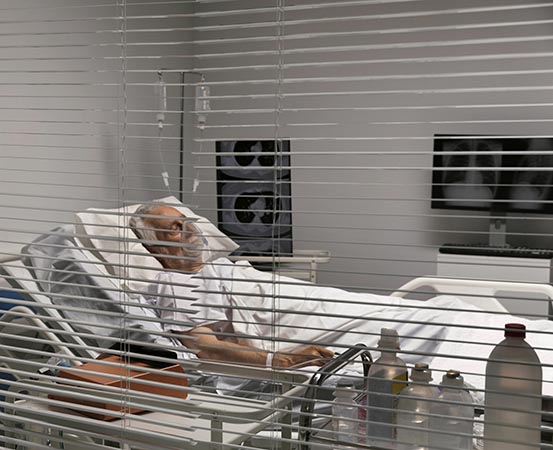 In mid-2022, seventy-two-year-old Lalithambika, from Kollam, Kerala, had a fall at home which led to a hip fracture. She could not move and was bedridden. In two months, she developed bedsores. Many older adults like her end up with bedsores if confined to the bed for too long.

How to patch up that abnormal gait

Malnutrition: how to spot the signs in older people

Bedsores: who is at risk

According to Dr Madhusudan G, senior plastic surgeon, Aster CMI Hospital, Bengaluru, those at high risk of bed sores include:

Beena Krishnakumar, Lalithambika’s daughter, recalls that her mother became immobile post-fall and she developed bedsores despite using an airbed. The long duration of the bedridden state was the culprit. Wet skin due to perspiration or incontinence can cause bedsores.

Krishnakumar recalls that the sweating and compression caused bedsores on her mother’s neck, lateral breast region, back and tailbone consecutively.

Dr Madhusudan says that bedsores commonly affect the buttocks, sit bones (bottom part of the pelvis), hip, heel, tailbone and back of the head.

Dr Itolikar adds, “Bedsores on the buttocks are a common condition among elders who are bedridden.”

Bedsores, when left untreated, damage the skin. As per a research article published by the Indian Journal of Plastic Surgery, a stage-wise progression of bedsores is as follows:

Dr Itolikar also emphasises that in worst cases, one can resort to skin grafting.

In Lalithambika’s case, the bedsores were identified in the early stages. “Anti-fungal ointment helped in cleansing and healing. Wet areas were pat dry with talcum powder. Extremely dry areas (such as back and tailbone) were moisturised with a petroleum jelly suggested by the doctors,” says her daughter.

Bedsores can be prevented

Bedsores can be largely avoided with airbeds, says Dr Madhusudan.  Air beds, also called alpha beds are inflatable mattresses which are resilient to moisture, water and fire. “Airbeds not only prevent pressure on a single area but distribute it evenly,” says Dr Madhusudan. The airbeds are air-filled packets, which deflate and inflate pressure alternatively in adjacent areas. The usage of airbeds avoids consistent air pressure on weight-bearing areas of the body.

But using an airbed is not enough. Dr Madhusudan adds that the person must be repositioned and their pressure areas cleaned.

In the context of diapers, Dr Itolikar suggests that diapers should be changed every six hours. “One should opt for diapers made of organic materials (fibre/cotton), if available. If there are signs of skin-peeling on the buttocks, placing the buttocks on the swim rings (inflatable water doughnuts) can help heal [the skin].”