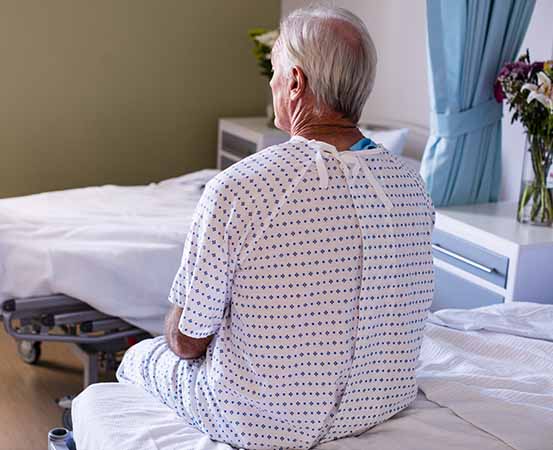 For a change that day, the 78-year-old woman woke up to her favourite music — and not the usual long beeping sound from the ICU monitor. The effect was near-instantaneous: the woman, who had been quiet since her admission to the Hyderabad hospital, was suddenly joyous.

While dealing with elderly patients in an ICU, a scene like this is not rare as it is part of the treatment for people with delirium, a syndrome caused due to a sudden change in the brain resulting in mental confusion, say doctors.

How to patch up that abnormal gait

How to prevent bedsores in older people

Malnutrition: how to spot the signs in older people

Manjula (name changed) was admitted for pneumonia in December, 2022. Speaking about her case, Dr M Sringala Devijan, consultant, Critical Care Medicine, Kamineni Hospitals, Hyderabad, says that she was on ventilator for two days when they started noticing her being lethargic and sleeping excessively.

“In an ICU setting, delirium is common among the elderly and about two out of three people experience it. It’s often picked up and identified by the nurses and critical care doctors,” says Dr Devijan.

Signs and symptoms of delirium

“Delirium has a sudden onset (hours or days) with a brief and fluctuating course. Irrespective of the cause, people present with a similar pattern of signs and symptoms,” says Dr Vikas Gaur, head, department of Psychiatry, Amrita Hospital, Faridabad, while listing out the signs:

Dr Gaur says that there are three subtypes of delirium: hypoactive, hyperactive and mixed. “The hypoactive form is commonly present in the elderly which is characterised by decreased alertness, slow speech, lethargy and slow body movements. Hyperactive delirium may present with hypervigilance, restlessness, fast speech, irritability, aggression, mood changes and disturbed thoughts,” he explained.

Manjula’s case was that of hypoactive delirium, says Dr Devijan. He says, “She didn’t want to interact with anyone and asked us not to disturb her. She was close to her family and was depressed after being separated. We created a friendly environment involving her family and showed photos of her relatives and friends to bring her joy and hope.”

Stating an example of hyperactive delirium, Dr Devijan said that a 66-year-old man with a thigh bone fracture was shifted to the ICU postoperatively when he became aggressive and refused to get treated. “He was never hospitalised before and couldn’t sleep due to pain and sound of the monitor in the ICU. After shifting him to a regular ward and letting his family stay with him, he recovered,” Dr Devijan added.

Dr Devijan also said that in case of mixed delirium, people show characteristics of both hypoactive and hyperactive delirium. 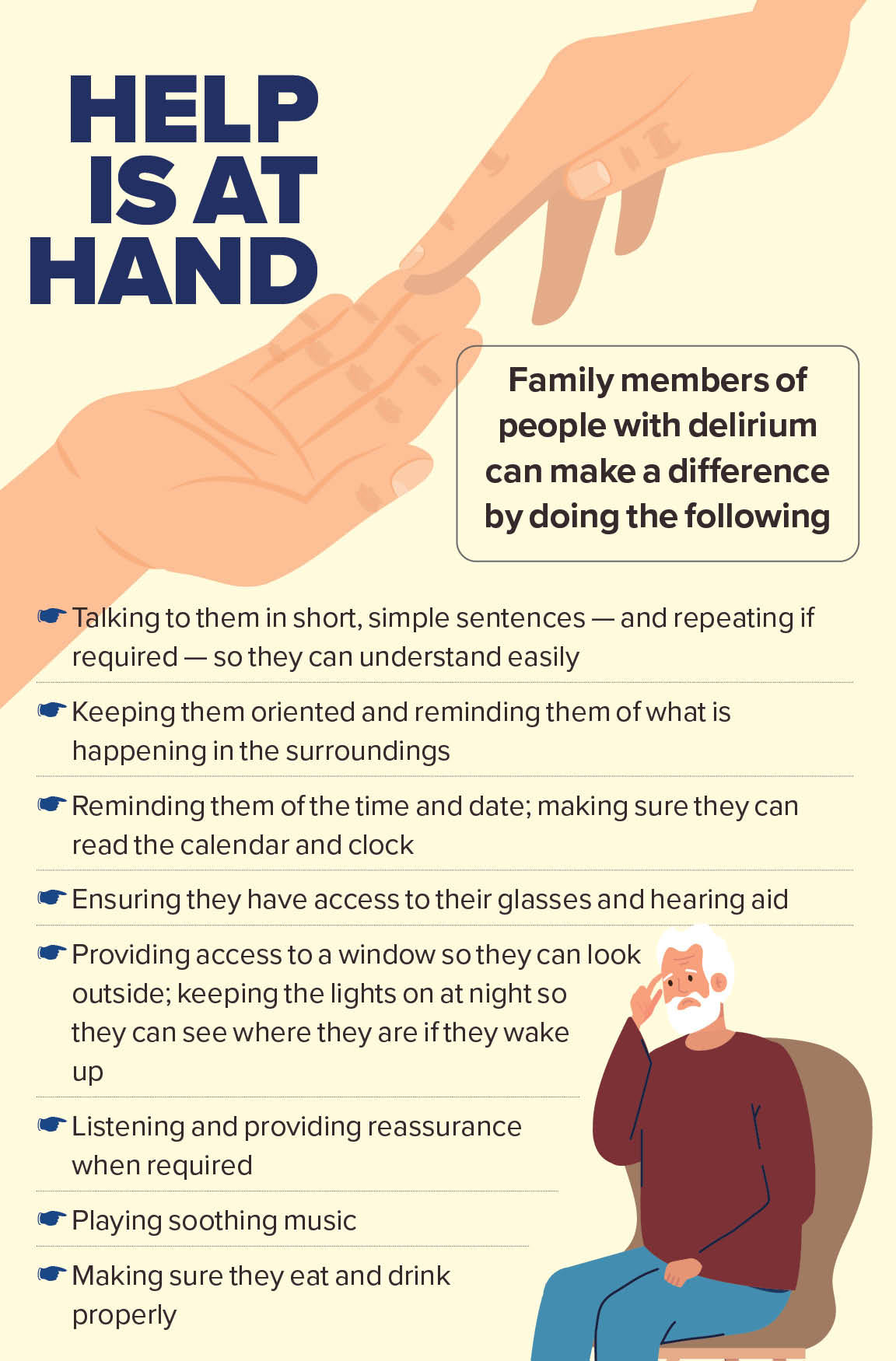 Dr Devijan says that several things could affect the brain and result in delirium as there is no single cause for it.

“Advanced age is a major risk factor for the development of delirium,” says Dr Gaur.

Dr Gaur lists out some common causes for delirium other than old age:

According to Dr Gaur, once the causative factors are identified and treated, the symptoms of delirium subside over a three-to-seven-day period. However, in some cases, delirium can take days or even months to completely resolve.