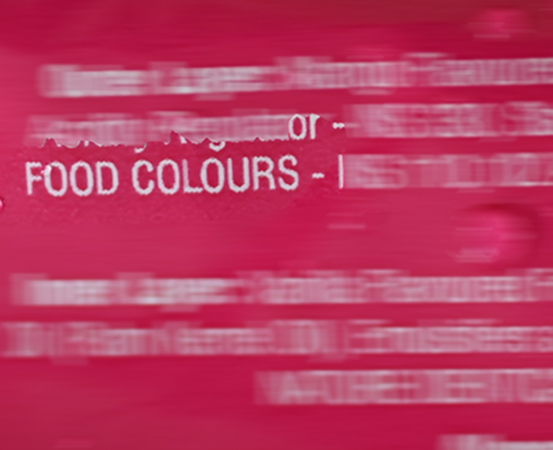 Ever heard of food dye allergies? While most of us might be aware that consuming a certain kind of food triggers food allergies as a result of an immune system reaction among some people, a lesser-known aspect of the allergy cycle is the food dye/colour allergy caused due to the presence of certain food-grade colouring agents in food items.

Delhi lawyer Siddhi Gupta, 32, found out that she is allergic to food colours only recently during a routine dinner outing with friends. All it took was sipping a tantalising, red-coloured cocktail! Within minutes, her face started swelling up and Gupta found it difficult to breathe.

At the hospital where she was immediately taken, after administering her medication to bring down the swelling and minimise her other allergy symptoms, the doctor informed her that she had a food colour allergy, which, though rare, can happen to some people.

Food allergies: tests, diagnosis, treatment
Why do eggs trigger reactions in some?
How to handle nut allergies
Sesame seed allergy: Why do some people get it?

What is food colour/dye allergy?

Food colour/dye allergies are allergic reactions that occur after consumption of certain foods containing dye. Any person, whether a child or an adult, could have these allergies, and most of the time, people are simply unaware of the fact that they may be allergic to a particular food-colouring agent.

There are many studies linking artificial food dyes to hyperactivity, including attention deficit hyperactivity disorder (ADHD) behavioural changes like irritability, depression, hives, asthma and tumour growth (three of the primary food dyes contain benzene, a known cancer-causing substance), though there is still a lot of ongoing research on this.

There are many food dyes that come from coal tar and now petroleum that have always had safety concerns. Quite a few have been banned because of their adverse effects and a review in the article ‘Toxicology of food dyes’ pegs all of the nine currently US-approved dyes as raising various health concerns of varying degrees.

According to Dr Tarun Sahani, Senior Consultant, Internal Medicine, Apollo Hospitals, Delhi, “Attractive colourants are used to colour a wide range of food items. Dyes are regarded as a significant class of food additives. And though food dye allergies are pretty rare, they do happen. Synthetic dyes, especially those having aromatic rings in their composition, can induce cellular defects, respiratory ailments, thyroid tumours, bronchitis, and allergies if used or absorbed via the skin on a regular basis. The major food dyes responsible for food colouring allergies are carmine (red #4), tartrazine (FD&C yellow #5), and annatto,” says Dr Sahani.

“Food dye allergies are estimated to affect 4-6 per cent of children and 4 per cent of adults. Food intolerance does not trigger the immune system and is not life threatening or the same as a food dye allergy, although it may share similar symptoms like diarrhoea and stomach pain,” adds Dr Sahani.

While excessive sugar intake is known to make kids hyperactive, such behavioural patterns could also be attributed to assorted food-colouring agents that most food products for kids come laced with. From toffees and candies to chocolates and cookies, most are dipped in appealing colours that entice kids and can cause many seen and unseen reactions, even on a long-term basis.

Some studies show a link between dyes and increased ADHD or hyperactivity in children.

An Australian study found 75 per cent of parents noticed an improvement in behaviour and attention once the food dyes were eliminated from the diet.

So experts suggest you read food packaging labels, consume home-cooked meals and whole grains and stress on your kids doing the same, and make healthy food choices and teach your kids to inculcate healthy eating habits.

Though food dye allergies are overall not very common, and a small percentage of people are affected by it, it is better to be aware of what causes it. Most of the colours used are either natural or artificially made in laboratories, and some in particular are linked to causing allergic reactions.

Food dyes affect approximately 4 per cent of all individuals with allergies. Though there are many food colourings that are approved for use, the chief among them are carmine, tartrazine, annatto, and brilliant blue.

Effects: There could be facial swelling, rashes, and wheezing; in some cases, anaphylactic shock too could happen.

Red 40: This is another reddish dye that comes from petroleum distillates or coal tars. Some foods that are not red in colour can also contain Red 40, but the United States Food and Drug Administration (FDA) says it is mandatory to list it on product labels.

Effects: It can cause hives and facial swelling.

Yellow 5: Also called tartrazine, it is one of the three yellow food dyes that come from petroleum products.

Says Dr Ajay Agarwal – Director & HOD, Internal Medicine, Fortis Hospital, Noida, “It is difficult to prevent food allergies because it is hard to pinpoint which food items could lead to what kinds of reactions. It is important to read the labels of the products you are consuming in case you are aware of your allergies.”

Dr Agarwal adds that it is important to maintain a food diary and note when you have reactions from food and avoid those foods next time. Symptoms are hives (urticaria)/itchy skin, flushing, facial swelling, breathing difficulty and chest tightness.

“Anyone could get food allergies. I would say the major food dyes responsible for allergic reactions are tartrazine, carmine and annatto,” Dr Agarwal shares.

Reactions that can occur after consuming dyed foods

With most food allergies, your doctor would give you a blood test or skin prick test to identify the source. Unfortunately, there are no tests available to diagnose a food dye allergy. You may have to pinpoint the allergen using some trial and error.

Explains Dr Sahani, “One treatment currently being studied as a cure for food allergy is oral immunotherapy. In this treatment, small doses of the food you’re allergic to are swallowed or placed under your tongue (sublingual). The dose of the allergy-provoking food is gradually increased.”

One option is to write down everything you eat in a food diary and note when you have a reaction. Then you can try avoiding those foods for a few weeks to see if your symptoms go away.

Another option is to do a food challenge. During a food challenge, your doctor will give you a series of foods. One or more of the foods will contain the dye you suspect is causing your problem, but you will not know which one. If you have a reaction, you will know you’ve found the culprit. But that could have some risks; so this procedure should ideally be done in a hospital with medical staff for support in case the reactions are bad.

The key to preventing an allergic reaction, however, is to avoid any foods that contain the allergen. Total avoidance is easier said than done, though. Dyes can hide in foods where you would never expect them to. They can even lurk in some medicines and supplements.

You need to become a very finicky label reader, reading the ingredient list very carefully with every product you buy. If you are not sure whether a certain food or medicine contains the dye, you could call the manufacturer to ask, or simply avoid it.

“Treatment methods include use of antihistamines, and steroids in severe cases like anaphylaxis use adrenaline and oxygen therapy,” adds Dr Agarwal.

You could also apply anti-allergy medication such as ointments to treat your symptoms of food colouring allergy but only after consulting a doctor.

If you know you have a severe food dye allergy, and only if your doctor prescribes it, then you should always carry an epinephrine auto-injector, which is considered the first-line treatment of a severe food allergy reaction.