Home
Articles
Out on a limb: diabetes and PAD
0

Out on a limb: diabetes and PAD 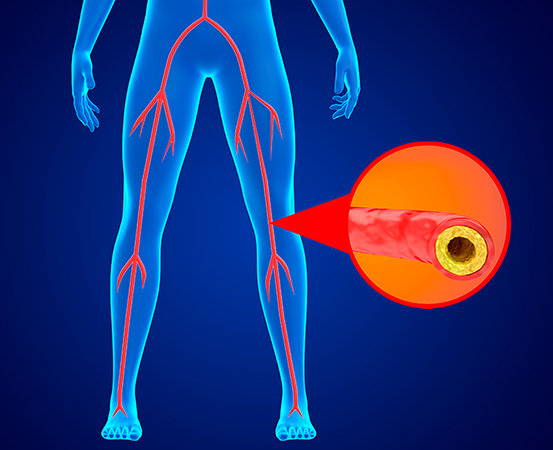 When it comes to chronic diabetics, recurring foot cramps cannot be taken lightly. Though leg pain after strenuous muscular activities is common among many people, it could have a different vascular manifestation in people with diabetes.

The condition restricting blood flow to the legs due to arterial blockages in the lower limbs is called peripheral artery disease (PAD). Though common in the elderly, this condition could have an early onset among those with uncontrolled diabetes.

People with diabetes could suffer from both peripheral artery disease and diabetic neuropathy (nerve damage due to diabetes) at the same time.

Dr Nihal Thomas, a professor in endocrinology and head of Unit-1 at the department of endocrinology at the Christian Medical College, Vellore, Tamil Nadu, explains that restricted blood flow to the leg muscles and tissues can slow down the wound healing process in the legs of people with diabetes.

Dr Thomas says that in chronic diabetics, nerve damage could result in the deformation of toes; they could bend into a claw-like shape affecting normal body weight distribution on the feet, making people prone to corns and callosities (thickened skin).

How diabetes can be bad for the lungs

The yin and yang of cardiovascular problems

Laughter, the best medicine for diabetes

Bengaluru-based diabetologist Dr Ashwitha Shruti Dass says that CLI is commonly diagnosed in those with severe and prolonged diabetic neuropathy caused by PAD. It leads to open ulcer wounds and gangrene in the affected limbs. She also adds that CLI could affect cardiac health because of a lack of proper blood supply.

Dr Dass adds that the lack of blood flow to the tissues could also increase the risk of amputations.

According to a research paper by Steven P Marso and William R Hiatt published in the March 2006 edition of the journal, American College of Cardiology, it was pointed out that diabetics had a higher risk of PAD; ischemic events were higher in diabetics with PAD than non-diabetic ones. It also recommended early diagnosis and treatment of PAD in diabetics to reduce the risk of cardiovascular complications.

Apart from leg pain, those with PAD may find one foot colder than the other. There could also be a discolouration of the skin. Some people with diabetic retinopathy might even feel no sensation in the limbs. 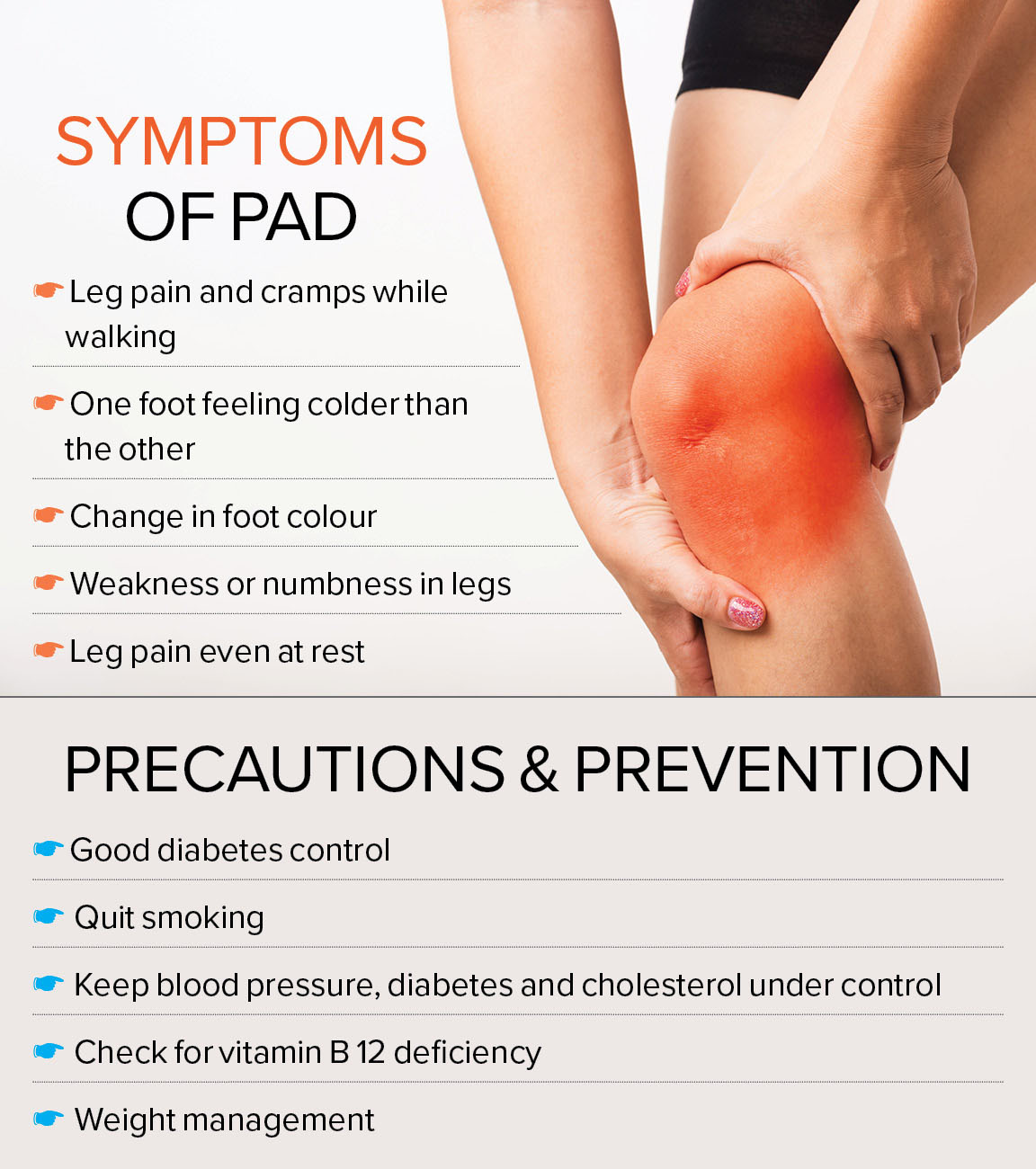 PAD could also affect the hands

Dr Chugh explains that apart from leading to cardiac complications and restricted blood flow to the brain, peripheral vascular disease can also affect the hands.

According to the Centers for Disease Control and Prevention, though PAD could affect the upper limbs, it is more common in the legs than in the arms.

Experts recommend invasive or non-invasive treatment for PAD depending on its severity. Arterial and venal doppler tests (soundwaves to scan arteries) can detect abnormal blood flow in the artery.

Dr Thomas suggests an ankle-brachial index test that compares the blood pressure in the ankle and arm to determine if there is any blood flow obstruction in the legs.

Dr Chugh explains that in some cases, revascularisation (restoring blood flow in blocked arteries) through stent or balloon angioplasty can bypass blockages.

Dr Thomas recommends offloading the diabetic foot to manage the condition. Offloading means keeping the affected foot off the ground so that pressure doesn’t affect the foot further.

Walking is an exercise experts suggest as it is a low-intensity activity. Dr Thomas points out that in cases where there are active symptoms like wounds on the legs, people can focus on working out the torso and upper limbs.