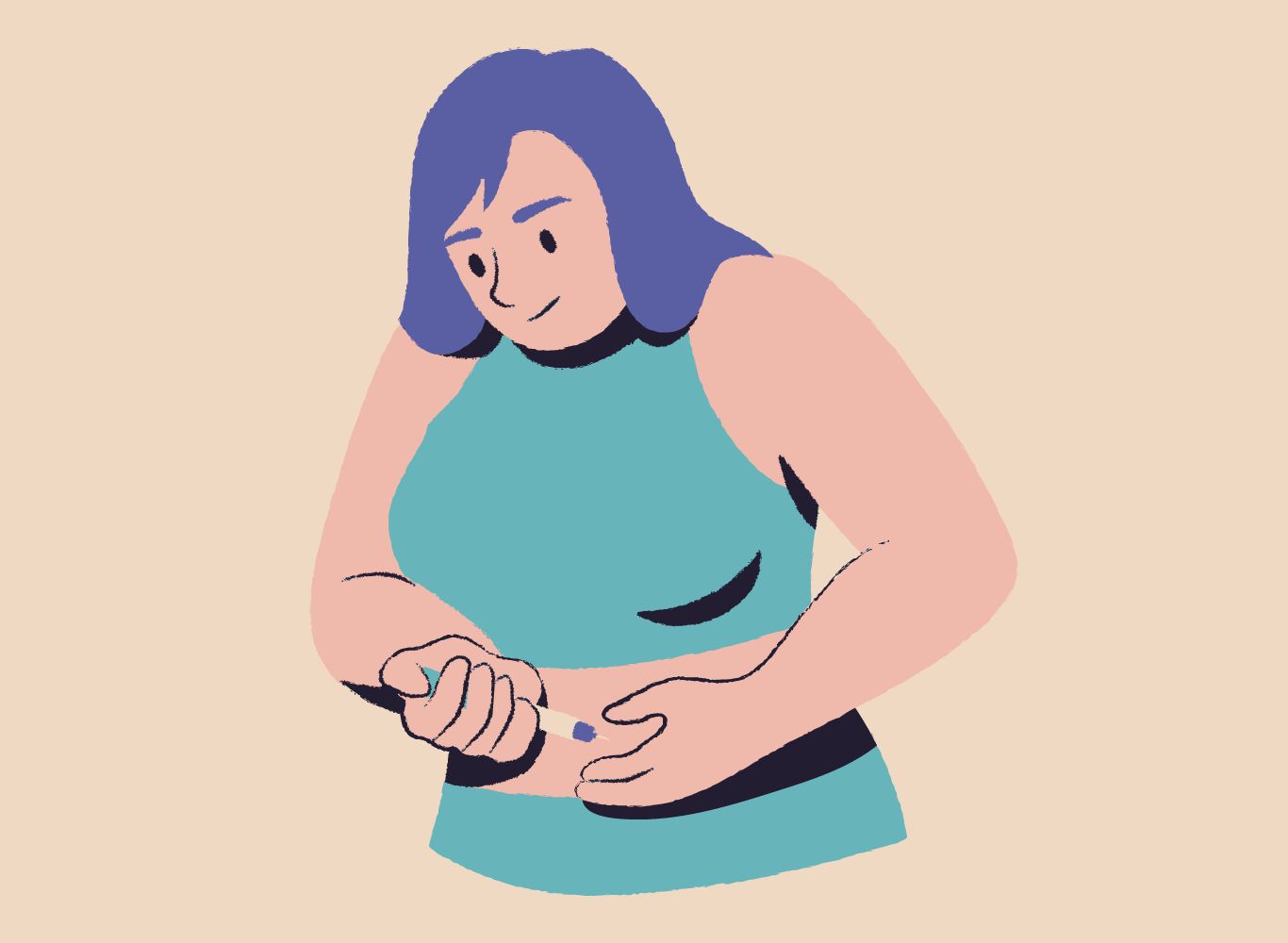 ‘A natural stage of ageing’ may be one way to describe menopause in the most simple terms. But what makes menopause complex is understanding it when the person is diabetic too.

In a candid conversation with Happiest Health, a 55-year-old college lecturer who lives in Kochi recalls her long journey with diabetes after encountering early menopause. “I attained menopause at the age of 38. Within one year, I found that I was diabetic too. Initially, I was clueless about the menopause symptoms. I recall those days as, maybe, the most unhappy days of my life. There were many ups and downs, frequent mood swings and downheartedness. Largely, I was sad and unmotivated. People around me were also clueless about my condition. So, they found their own answers, attributing them to my personal and family issues. I really wish if I were more aware of menopause, and about the diabetes that followed immediately, I think my life would have been far better,” she says.

“I think diabetes is a slow process. Over a period of time, it weakens each organ. If I had given more care in the initial days, I could have achieved better health.  It has been 15 years since I started my diabetes journey. It has affected my nerves and kidneys now. I believe that the social attention, care and knowledge around pregnancy should be there for menopause too. People who enter menopause also deserve care and love from others,” she says.

Dr KS Ramya, a senior obstetrician and gynaecologist who works at the Government Kilpauk Medical College, Chennai, says that the combination of diabetes and menopause may be ‘a nightmare.’ “When diabetes and menopause happen together, the complications can be aggravated. Menopause causes vaginal dryness and less sexual drive. And diabetes causes recurring vaginal infection with less libido and dyspareunia (painful coitus causing sexual dysfunction.) The mood swings in both diabetes and post-menopause stage challenge the routine, ordinary life and living environment. Hot flashes are very unique for menopause, and common in diabetes too; weak nerves make the days tough. Reduced oestrogen levels post menopause lead to insulin resistance when the body does not respond to insulin well and blood glucose level increases. Diabetes affects the vascular system. Less oestrogen in menopause takes out the protective effect the hormone has on the heart, thereby doubling the risk of heart attacks,” says Dr Ramya.

An example cited by Dr Ramya is surprisingly similar to the famous Black Swan, the last novella of Thomas Mann published in 1953. Dr Ramya talks about a 60-year-old postmenopausal lady in Chennai with diabetes and obesity who encountered sudden menses, which turned out to be uterine cancer. Mann’s German novella is the tragic story of a post-menopausal woman who notices signs of rejuvenation in herself, at the same time experiencing love with a man. While she believes that her much-lost youth has returned, the tragic climax that has triggered a lot of debates in the medical fraternity is similar to that of the 60-year-old lady in Chennai.

Dr Leelavathy Kandaswamy of Voluntary Health Services, Chennai, says that menopause when coupled with diabetes can be difficult to manage. “Controlling and managing menopause and blood sugar symptoms are challenging because differentiating the effects of menopause from the effects of age and weight is a tough task. Some of the changes in the body can increase the risk of type 2 diabetes or can cause poor diabetes control. During menopause, the body’s metabolism slows down, leading to potential weight gain. This weight gain may increase the need for insulin or diabetes tablets. Also, reduced oestrogen levels can decrease the efficiency of a cell’s response to the insulin produced in the body. Menopausal symptoms like hot flashes, mood changes, sleeplessness and night sweats can have a negative influence on blood sugar control. So a combination of diabetes in menopause increases other health risks,” says Dr Kandaswamy.

For instance, diabetes increases the risk of urinary and vaginal infections, and menopause increases this risk further due to less oestrogen, which makes it more than an ideal environment for bacteria and yeast to survive in the urinary tract and vagina. Dr Kandaswamy says that diabetes can also damage the nerves in the vagina which can make it difficult for women to achieve pleasure or orgasm during sexual intercourse. “This can get worse by vaginal dryness due to menopause. Also, weight gain and metabolic changes during menopause along with poor blood sugar control increase the risk of heart disease,” she says.

An article published in Maturitas, an international journal of midlife health and beyond, concludes that metabolic changes during menopausal transition include an increase in the central redistribution of adipose tissue, as well as a decrease in energy expenditure. In addition, there is an impairment of insulin secretion and insulin sensitivity and an increase in the risk of T2DM (type 2 diabetes mellitus). Menopausal hormone therapy (MHT) has a favourable effect on glucose metabolism, both in women with and without T2DM, while it may delay the onset of T2DM.

“MHT in women with T2DM should be administered according to their risk of cardiovascular disease (CVD). In women with T2DM and low CVD risk, oral oestrogens may be preferred, while transdermal 17β-oestradiol is preferred for women with T2DM and coexistent CVD risk factors, such as obesity. In any case, a progestogen with neutral effects on glucose metabolism should be used, such as progesterone, dydrogesterone or transdermal norethisterone. Postmenopausal women with T2DM should manage the condition primarily with lifestyle intervention, including diet and exercise. Most of them will eventually require pharmacological therapy. The selection of antidiabetic medications should be based on the patient’s specific characteristics and comorbidities, as well the metabolic, cardiovascular and bone effects of the medications,” says the article. It also highlights other facts; menopause is associated with an adverse metabolic profile that increases the risk of diabetes; menopausal hormone therapy has a favourable effect on glucose homeostasis both in women with and without diabetes; the presence of diabetes is not a contraindication to menopausal hormone therapy. It also notes the importance of lifestyle intervention, including diet and exercise, which constitute the cornerstone for diabetes prevention and management, and that the choice of anti-diabetic medications should be based on the metabolic, cardiovascular and bone effects.