A constant ringing noise in a person’s ears -- that no one else can hear -- is typical of tinnitus. And in most cases, it remains a perpetual irritation for those affected 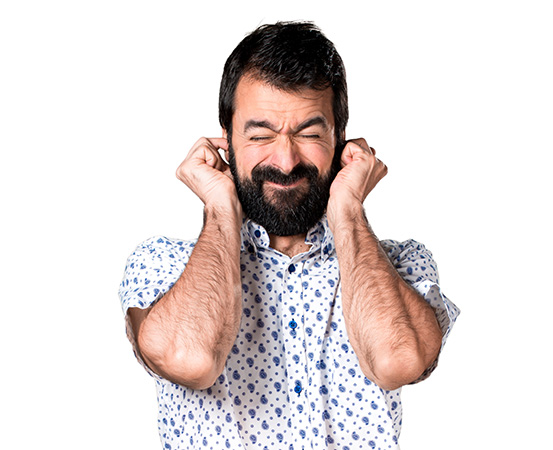 It was a night in October 2013 that 24-year-old Gourav Gola from Delhi heard an unfamiliar noise. The sound was a constant beep and very subtle. Gola checked but found that it did not originate either from the television or, improbably, from a ceiling fan in the ground floor house just below. He even put his ear to the floor to confirm.

Soon, Gola realised that the noise was coming from his own head — and he panicked. Full of worry, he could not sleep the whole night.

His family members rubbished his fears and said he was only overthinking. Afterall, he was the only one hearing the noise.

The next day an ENT specialist told him that it was all because of stress and the noise would go away. He gave Gola some tablets, which did not make a difference.

But on the next visit, the doctor told Gola that he was suffering from tinnitus and if it did not go away, it would remain permanently. Tinnitus, which can affect one of the ears or both, is a condition in which an affected person hears a ringing noise that does not stop. Worse, only the affected person hears the noise.

That was the first time Gola had heard about tinnitus. Unable to get rid of the noise, he went into depression for almost a year.

“It’s now part of my life,” says Gola, who is now 33 and heads a media firm in Noida, Uttar Pradesh. “There is lot of stigma around it and a lack of awareness. I openly talk about it — that I’m living with tinnitus. I know people who don’t worry too much about it and have learnt to live with it.”

Why do we hiccup?

Is it safe to crack our knuckles?

Why does our stomach grumble?

“Tinnitus is basically a sound that’s coming in the ear and that’s otherwise not available in the environment,” says Dr NN Mathur, professor and HOD, Amrita Hospital, Faridabad, Haryana. “These are not formed sounds. There are two types of tinnitus: objective and subjective.”

He explains the types of tinnitus thus:

Dr Mathur says that in most cases those affected by tinnitus relate to an incident after which they started hearing the noise for the first time. “There have been instances where the affected individuals have said the noise started on a particular day when they were travelling by air, or the day when they had an accident, or on the day when someone close to them expired,” says Dr Mathur. “There is some disturbing element to start with and then it continues.”

Still, doctors conduct investigations to find out if there is any possible cause. Dr Mathur says that tinnitus can arise from any point from the inner ear to the brain. It could be from the inner ear, or ganglion (which is said as the relay stations of the nervous system).

“The compression of the vestibulocochlear nerve, the nerve that takes the sensation from ear to the brain, is known to cause tinnitus,” says Dr Mathur. “Any problem in the ear in any pathway in the brain stem or up in the cortex can also cause tinnitus.” He says that in some persons tinnitus could be due to wax in the ear.

One of the known causes of tinnitus with vertigo is Meniere’s disease, says Dr Vatsala Kashi, senior physician, Ramakrishna Hospital, Bengaluru. Meniere’s disease, which is also called endolymphatic hydrops, is a disorder in the inner ear that leads to vertigo, dizziness and loss of balance. It can cause tinnitus and potentially lead to hearing loss.

Dr Mathur adds that the dilation of the endolymphatic sac in the inner ear can lead to tinnitus, which can be treated. “While diagnosing tinnitus, Meniere’s disease must be ruled out,” Dr Mathur says.

Tinnitus is such an alarming and unusual symptom that it will generally be noticed early, says Dr Kashi. She says that tinnitus can be episodic in some people and in others it goes on and on. For someone suffering from Meniere’s disease, tinnitus can be episodic initially coupled with vertigo and vomiting, and it can lead to severe tinnitus,” says Dr Kashi. “The hearing ability also gradually declines with every episode.”

‘Global Prevalence and Incidence of Tinnitus: A Systematic Review and Meta-analysis’, a study published in the Journal of the American Medical Association in August 2022, suggests that tinnitus affects more than 740 million adults globally and is perceived as a major problem by more than 120 million people, mostly aged 65 years or older.

Those suffering from tinnitus yearn for the sound of silence, says Dr Kashi. “It’s terrible since they keep hearing the ringing or buzzing or whistling noise that no other person hears. In the daytime, with a lot of noises in the surroundings, the volume of tinnitus could be low, and some can ignore it or not notice it. They start noticing tinnitus by nighttime when there is less noise in the surroundings. If the volume of tinnitus is low and mild, some of them ignore it and go to sleep.”

Gola is one of many people living with tinnitus. In 2014 he founded the Tinnitus India Support Group, an online forum that has been assisting persons living with the condition through counselling and guidance. “There was no such guidance for me when I was diagnosed with tinnitus, and that led to depression,” Gola told Happiest Health.  “Many are even shy to talk about it. I don’t want anyone else to face the same problem.”

Dr Kashi says, “Tinnitus can also be one of the side effects of a group of antibiotics called aminoglycoside (includes gentamicin and amikacin). When someone complains of tinnitus, we have to check what drugs they are on.”

Besides, if the auditory area is getting triggered during an epileptic attack, one of the symptoms will be tinnitus, she says. Exposure to loud noise for a long period of time and acute viral infections can also lead to the condition. “Age-related hearing loss can be accompanied with tinnitus,” says Dr Kashi.

However, there is no objective evidence to document the tinnitus that one is suffering from, she says.

“First and foremost, the treatment lies in retraining therapy – that is, in training the affected person in how to deal with it, and how to start ignoring the noise,” Dr Mathur says. “This involves counselling too. Explaining to the person what’s happening is an important factor in the treatment.”

Dr Mathur suggests that those suffering from tinnitus listen to calming music or soothing sounds (such as of sea waves and the chirping of the birds).

“While there is no cure or medicine for tinnitus, learning to come to terms with it by acceptance and ignoring it helps gradually,” says Gola.

Meditation also made a difference in his case. “Meditation helped me during Covid treatment (Long Covid) in 2021 and I realised that it helped in dealing with tinnitus as well,” says Gola. “It’s all about training the mind. Medication calms you down and it trains the mind in handling emotions.”

While there are no definite treatment options, anti-vertigo drugs (such as vestibular sedatives) and vasodilators (used for opening up or dilating the blood vessels) are also used to treat tinnitus in some cases. “However, no drug should be taken without a doctor’s consultation and proper diagnosis,” says Dr Kashi.