The not-so-simple problem of constipation in the eighties

Up to half the people over the age of 80 complain about constipation. Here’s how their family and caregivers can help 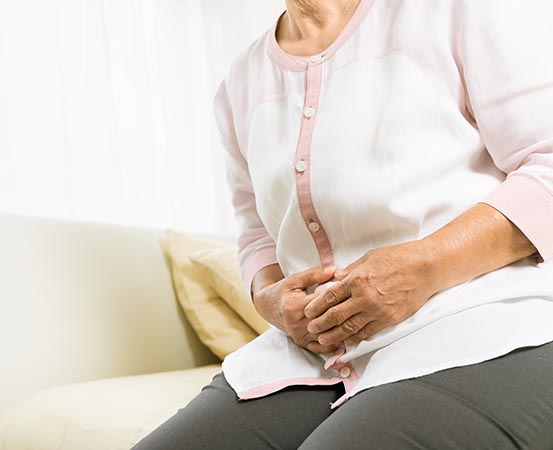 An agile and alert 84-year-old Neela Hoskote had never seen the inside of a hospital since she became a mother. That was 60 years ago. But she was recently hospitalised in Chennai. The problem: severe constipation and complications related to it.

“I never thought I’d have to be hospitalised for simple constipation,” the great-grandmother says. “I’ve always been proud of my regular bowel movement every morning. When I did not pass motions for two days, I was uneasy and informed my daughter. She noticed that my stomach had bloated and called the doctor, who prescribed laxatives.”

But when the laxatives didn’t work and Neela stopped passing urine, she was taken to the hospital. She was administered an enema and kept under observation for two days — during which time she underwent a scan to check for any serious internal complications. She was sent home on the third day after she responded to the medications and had normal loo visits.

Neela is one of the lucky ones in her age group to have a healthy bowel movement. Yet even she had to be treated for sudden complications. So, what is constipation and why does it affect the elderly, especially those who are 80 and above?

“Constipation can mean hard, lumpy and difficult-to-pass stools, accompanied by a feeling of incomplete passage of the stools or the duration between bowel movements of less than three per week. It is a fairly common problem affecting a quarter to half of the elderly population,” says Dr Nutan Desai, senior consultant, gastroenterology, Fortis Hospitals, Mulund, Mumbai.

Another common symptom of the condition is straining or trying to force out the stools. Doctors say that normal stool frequency can vary between three motions per day and three motions per week, unless there are distinct signs of uneasiness or manifestation of other complications.

Constipation may be primary or secondary. Primary constipation is also known as functional constipation. This usually has no specific cause that can be pinpointed and is mostly a process of ageing and certain habits such as eating more dairy products, high-fat meats and eggs, or sugar-rich sweets and desserts, not drinking enough water to avoid visiting the loo, or even holding the urge to pass motions.

According to the 2011 study ‘Diagnosis and treatment of chronic constipation’, primary constipation has two sub-types:

“Elderly people suffer from constipation due to lack of sufficient fibre in the diet, not drinking enough water, having abnormal levels of blood calcium, potassium or magnesium, suffering from endocrine disorders along with hypothyroidism,” says Dr Mrudul Dharod, gastroenterologist, Wockhardt Hospitals, Mira Road, Mumbai. “It could also be a slow-transit constipation caused by chronic nerve dysfunction due to neurological (nerve-related) conditions such as Parkinson’s disease, or even long-standing conditions such as diabetes, irritable bowel syndrome, anxiety, depression, lack of physical activity, or a mass or lump in the rectum or colon that ultimately damages the nerves.”

Not to be ignored

Constipation can make the elderly easily irritated and uncomfortable. It can hamper their normal routine. Often seen as an embarrassing health condition that will go away on its own, constipation can have serious health implications in the elderly if neglected.

Since each case of constipation is different, doctors first evaluate individual conditions, spot deficiencies if any and then customise the medication according to the person’s gender.

“You will be prescribed medication, such as stool softeners and laxatives,” says Dr Dharod. “Thyroid medicines and calcium supplements are advised for the elderly in whom respective deficiencies are noted. The doctor will determine a treatment protocol for you. Surgery is recommended only if your chronic constipation is owing to an anatomical problem such as blockage, rectocele in women (weak tissue in the rectum) or stricture (bowel restriction).”

Healthy routine in the 80s

Bodily functions gradually deteriorate with age. Neela credits her healthy lifestyle for been one of the lucky ones whose faculties are sharp even at 84.

“I eat in moderation and have always been a vegetarian,” she says. “I am not diabetic but have fluctuations in my blood pressure — for which I take medications. Otherwise, I’m alert and active, walk around the house on my own in slow measured steps, and sleep early.”

Role of the family

The elderly always need to be around family or valuable home-health support staff. Since many of those who are above 80 and have a host of health issues rarely confide about their condition, families should be vigilant about spotting health disorders, constipation in particular.

“Monitor your elders by enquiring about their bowel movement, ensuring sufficient water and fibre intake, bowel training by encouraging and ensuring they pass motions at a fixed time daily — usually half an hour after breakfast — using laxatives under medical guidance whenever necessary, and prompt medical evaluation if constipation is persistently worsening, or is associated with blood in stools, noticeable weight loss, etc,” says Dr Desai.

Constipation need no longer be a painful routine for the elderly if they are given the right kind of support and motivation to, well, get (their bowels) moving.