Home
Articles
Chronic chikungunya: pain that ties down for months
1

Chronic chikungunya: pain that ties down for months

In chronic cases of the viral disease, joint and muscle pain can even last for a year or two 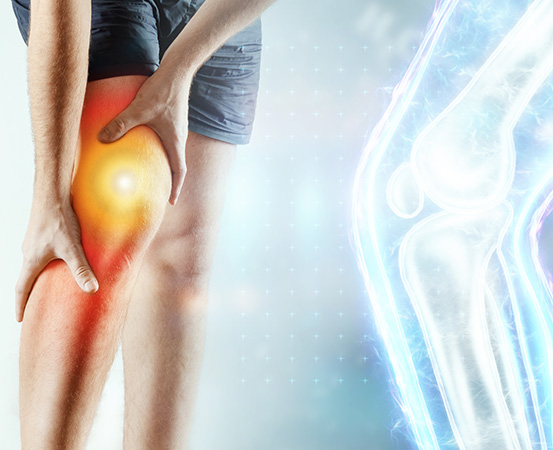 A small bite from a white-striped infected mosquito left businessman Ramesh Kumar in a bad shape for almost a year. The cause: a chikungunya virus infection.

Kumar, 55, first noticed that his face had turned red after he returned home to Bengaluru from visiting a relative in Mumbai last year.

The dangers of paracetamol overuse

Why platelets decline during viral infections

This doctor broke the AIDS story before the US govt

“I had fever, body pain and rashes,” he says. “On the first day I noticed the rashes and assumed they could be due to some allergy. I ignored them until I was down with fever as high as 103-degree Fahrenheit. I was immediately hospitalised and was discharged after six days. The doctors informed me that I would have body and joint pain for some days and asked me to continue the medicines. But when the pain did not reduce even after a month, I realised how bad it could get.”

Kumar still remembers the difficulties he faced for up to a year while doing simple tasks such as getting up from the bed and walking to the washroom to pee.

Indication and transmission of chikungunya

Dr Vineet Arora, director, internal medicine, Max Super Speciality Hospital, New Delhi, says that the most common symptoms of chikungunya include fever, joint pain, muscular pain, rash and headache. “It takes around seven to ten days to recover from the acute phase of infection,” he says. “Symptoms may often be confused with dengue infection. Diagnosis is established by RT-PCR test (more authentic) and IgM test (high rate of false positive, plus it takes a long time of five to six days from symptom onset). Infection occurs through a bite by Aedes mosquito, [which] bites mainly during the day.”

According to the Centers for Disease Control and Prevention, US, the chikungunya virus is primarily transmitted to people through the bite of an infected mosquito, mainly Aedes aegypti and Aedes albopictus. People are the primary host during epidemic periods. Mosquitoes become infected when they feed on a person who already has the virus. The risk of a person transmitting chikungunya virus to a biting mosquito or through blood is highest when the person is viremic (virus present in the bloodstream) during the first week of illness.

“Chikungunya can be divided into two phases: acute and chronic phase,” he says. “In acute phase, one will have fever, headache, nausea, rashes, bone pain, joint pain and other symptoms similar to viral illness. In 80 per cent of cases, people recover within six days. The remaining 20 per cent cases land in chronic phase where they get persistent joint and muscle pain which could last from days to weeks and even a year or two.”

In Ramesh Kumar’s case, it took him ten months to completely recover, and he could not resume work during that time. “I had to be dependent on a walker for nine months due to severe joint pain, but with right medication I was able to return to my normal life,” he says.

Dr Arora says that along with chronic joint pain, complications like encephalitis (inflammation of the brain) and Guillian-Barre syndrome, an autoimmune disorder that affects the nerves, could be seen.

How to differentiate between chikungunya and arthritis?

After recovering from chikungunya, people have more joint pain and most of them may not even be able to move out of their beds for weeks together. “The joint pain resembles [the one during] rheumatoid arthritis, osteoarthritis and other joint diseases,” says Dr Kumar. “Joint pain in every disease has a pattern. In rheumatoid arthritis, people experience pain in smaller joints like hands and legs. In osteoarthritis, it is in the knee and hip joint. But in chikungunya, it is a mix of both.”

He says there are about five per cent of cases where people are not aware of being infected with the chikungunya virus and visit hospitals with complaints of joint pain in both smaller and larger joints. “In some cases, they visit hospital with first-time joint pain along with the history of one-day fever or sometimes no fever,” he says. “Only when the pain affects their day-to-day life do they visit the hospital and learn about their condition.”

Who could get persistent or severe joint pain?

Senior citizens, people with diabetes and those with other existing joint pain are at higher risk compared to others, says Dr Kumar.

“In people with existing rheumatoid arthritis or osteoarthritis — where joint pain may be persistent even before chikungunya — the severity of pain increases post infection,” he says. “These people may have more severe pain compared to others.”

Dr Arora says chikungunya needs to be managed symptomatically and sometimes requires the use of disease-modifying drugs. “No specific treatment is available for chikungunya,” he says. “The management includes supportive care with plenty of fluids, anti-inflammatory drugs and regular monitoring.”

In the absence of a vaccine against chikungunya, Dr Arora says, “Preventive methods are only limited to mosquito-control measures and preventing mosquito bites through the use of mosquito repellents, wearing long-sleeved clothes, etc.”

Dr Kumar says resting, taking the prescribed drugs, plenty of fluids and a normal diet is enough to recover. “But those in chronic phase may require more medications,” he says.