Home
Articles
Elephantiasis: A burden at every step?
1

Elephantiasis: A burden at every step?

The vector-borne infection hampers the lymphatic system and can lead to swelling in the arms, breasts and legs 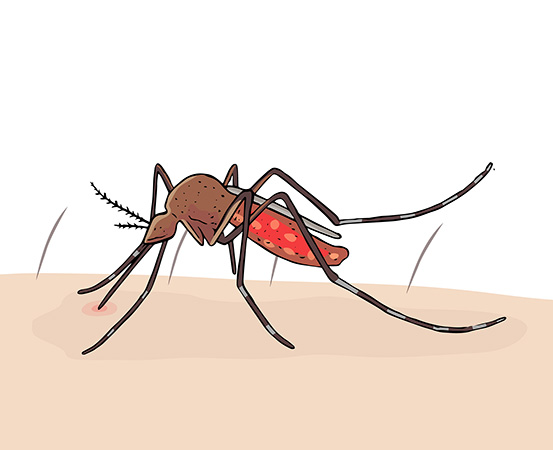 A rash appeared on Mariam Mama’s leg 22 years ago but little did the homemaker from Bengaluru know that the swollen patch would hamper her movement for the rest of her life.

Mariam, who is now 68, was diagnosed with lymphatic filariasis, also known as elephantiasis. “The diagnosis left us confused when we were told that it was caused by a mosquito bite,” said her daughter Zahra Reshmi, who has been dealing with her mother’s condition over the last two decades.

When Mariam’s family mistook the itchy rash and swollen patches on her foot for diabetes manifestation, the swelling increased and the foot grew to a disproportionate size within a year.

As fluid accumulates in her infected left leg, Mariam uses bandage and pumps out the excessive fluid. “She is also on antibiotics in order to deal with the recurrent infection in her foot, but it hasn’t helped much,” said Reshmi.

Dr Laxmikanth S Vantipeer, district control program officer of vector-borne diseases in Yadgir, Karnataka, says that if the condition is vector-borne (spread due to mosquito bites), it is called lymphatic filariasis.

“The hairpin-shaped parasites called Wuchereria bancrofti block the lymphatic nodes in the human lymphatic system which is responsible for maintaining the fluid balance in the body. This leads to the accumulation of a thick white coloured fluid called lymph in the blocked areas and causes swelling,” says Dr Vantipeer.

Calling the process a vicious loop, he explains that when mosquitoes bite an infected host, the parasites circulating in the person’s blood infect the mosquitoes who in turn pass on the parasites (mature larvae) when they bite other people.

He adds, “Although there is no mortality, the condition cosmetically affects the person for the entire life.”

Is there a cure for elephantiasis?

Dr Vantipeer says that a blood smear test detects the presence of parasites in a person. The test must be conducted at night as the parasites circulate in the bloodstream at that time.

“Early intervention can cure the condition,” says Dr Thomas Joe, a cosmetic, reconstructive & microvascular surgeon from Mangaluru, Karnataka. He adds that once the condition progresses to a certain stage, the lymphatic glands get damaged and the situation becomes irreversible.

Dr Vivek T Menacherry, an anaesthesiologist from Rajagiri Hospital, Aluva, Kochi, who has treated cases of elephantiasis in endemic areas, says that it could take months or even years for the infected people to develop swelling. “If diagnosed early, the condition can be treated and cured before the swelling stage,” he said.

Mass Drug Administration (MDA) is very effective for mosquito-related swelling, according to Dr Vantipeer. “Medicines given based on the height, weight and age of a person help in significantly reducing the number of parasites in the human body,” he adds, assuring that the medication has no side effects.

Dr Menacherry adds that a medicine regimen of 21 days must be repeated every six months or once in a year in the endemic areas.

“Swelling in the scrotum (bag of skin that holds and protects the testicles) can be treated in the early stages (within a couple of days) by surgery,” Dr Vantipeer adds. For clefts that develop in the grooves and lead to ulcerations, hygiene is the answer.

Dr Joe, who has treated such cases in the coastal area, says that monthly courses of antibiotics are prescribed as the affected part also has a chance of developing recurrent infection.

Dr Joe says that bandaging reduces swelling by distributing the fluid in other parts of the body and/or aiding lymph reabsorption back into the blood, provided the procedure is done under medical supervision.

“Manual lymphatic drainage (MLD) therapy, a skin-stretching massage, helps promote the movement of lymphatic fluid and encourages the natural drainage of the lymph. But starting early and medical supervision is a prerequisite here as well,” says Dr Joe.

Mariam is brave and doesn’t let the condition hold her from stepping out of her house and socializing. Zahra is privy to her discomfort and the undercurrent of social stigma it brings.

‘Would the situation have been any different had we acted early?’ is a question that haunts her most often.