The rod-shaped elusive bacteria that can’t be seen, smelled or tasted are solely responsible for typhoid fever and a leading cause of food-related illnesses 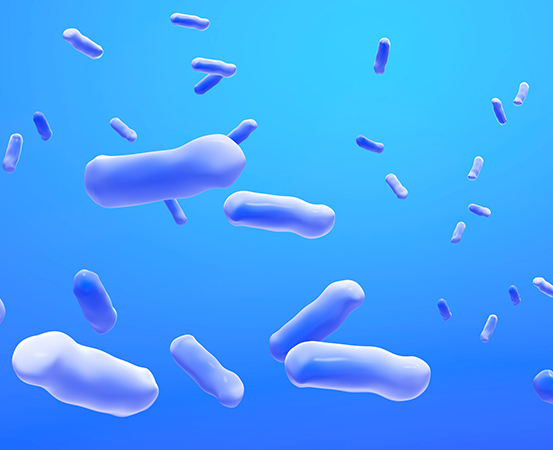 What made people sick with loose stools, fever and stomach cramps was something that worried American scientist, Dr Daniel E Salmon, for years. When he discovered a new bacterium in 1885 causing the infection, it was named after him – salmonella.

There are more than 2,500 types of bacteria based on their surface structures. They thrive in the summers and the rains and affect millions of people every year globally. Humans and animals carry these invisible agents in their intestines. Illnesses caused by salmonella are termed salmonellosis.

The not-so-scary part is that out of the 2,500 types, less than 100 are accountable for human infections and most people recover without medical intervention within four to seven days.

“The infection is not usually life-threatening if it is common salmonella gastroenteritis, but typhoid fever or enteric fever can be a febrile, systemic life-threatening illness sometimes,” clarifies Dr Sandeep R Sharma, consultant gastroenterologist, Fortis Hospital, Bengaluru.

Based on the type of infection they cause and which part of the body they affect, salmonella can be primarily categorised into typhoidal and non-typhoidal. The non-typhoidal salmonella is transferred from animals to humans or from humans to humans and invades the gastrointestinal tract. They cause food poisoning, diarrhoea, stomach pain and cramps.

How does salmonella infection spread?

The World Health Organisation says, ‘salmonellosis in humans is generally contracted through the consumption of contaminated food of animal origin (mainly eggs, meat, poultry and milk), although other foods, including green vegetables contaminated by manure, have been implicated in its transmission.’

Dr Sharma doesn’t exonerate faeces and water as sources of contamination. He says that salmonella takes the faeco-oral route and points out that pathogenic bacteria enter the body not just through contaminated food but also contaminated water and human faeces.

Dr Pradip Shah, consultant senior physician, Fortis Hospital, Mumbai includes flies as carriers. According to him – it’s ‘FFF’ – food, fluids and flies – that spread the infection. He also says travelling to countries where sanitation is poor and handling or petting animals can lead to infection if the animal is a carrier.

“Children, the elderly and people with a weakened immune system are most at risk,” says Dr Sudeep Khanna, senior consultant gastroenterology, Indraprastha Apollo Hospitals, Delhi. He adds that people who take antacids and proton pump inhibitors (medications that reduce acid production in the stomach) on a long-term basis, are also at risk as they have more ingested bacteria that survive and reach the gut. He also doesn’t rule out people with inflammatory bowel disease (due to a damaged intestinal lining) and the ones who have just finished an antibiotic course (as the friendly gut bacteria have been killed, leaving that habitat open for salmonella) as high-risk bearers.

Explaining how the infection spreads, the National Health Service (NHS), UK, mentions that:

The salmonella effect on the body

When salmonella bacteria are ingested, they pass through a person’s stomach and colonise the small and large intestine, where they invade the intestinal mucosa and proliferate, says Dr Khanna. “The bacteria can also invade and damage the lymphoid tissues of the gastrointestinal tract and spread to the bloodstream,” he adds.

Apart from damaging the tissues, Dr Shah says that the bacteria also produce toxins within the body.

Pointing out the symptoms, Dr Sharma says the majority of salmonella infections present with gastroenteritis symptoms such as diarrhoea, vomiting and abdominal cramps, with or without fever. “Some infections can lead to severe systemic infections that lead to typhoid where fever and malaise are the main symptoms,” he says.

Dr Khanna points out that although diarrhoea may last up to ten days, it may take several months for the bowel movements to return to usual. The intestinal involvement can lead to ulcers in the intestine due to disruption of gastric mucosal barriers which can lead to blood in stools, he says. “The few varieties of salmonella bacteria that result in typhoid fever can also cause pneumonia and even involve the brain,” says Dr Khanna.

The Centers for Disease Control and Prevention (CDC), US, says that weakness, stomach pain, headache, diarrhoea or constipation, cough and loss of appetite can also be symptoms of typhoid.

When should one see a doctor?

“Most people don’t need to seek medical attention for a salmonella infection because it clears up on its own within a few days,” assures Dr Khanna. However, he adds that if the affected person is an infant, a young child, an older adult or someone with a weakened immune system, he/she needs to be more cautious. “If the symptoms such as high fever, stools with blood and dehydration persist for more than a few days, it is better to consult a physician,” Dr Khanna advises.

When a person has contracted salmonella, diet becomes pivotal to easing the symptoms. Abhilasha V, HOD and chief clinical nutritionist, Cloudnine Group of hospitals, Bengaluru, says that hydration is key. She highlights the importance of consuming fluids like tender coconut water, broth, soup, curd and buttermilk apart from the intake of nutrients like vitamin C, A and zinc. Including pre and probiotics in the diet for sustenance during the infection is also vital according to her.

Dr Sharma points out that salmonella gastroenteritis can sometimes lead to dehydration and acute kidney injury whereas typhoid can cause complications such as septicaemia (blood poisoning by bacteria), intestinal perforation (loss of continuity of bowel wall) and in some people, a chronic carrier state.

Abhilasha says that to prevent infections, one should avoid raw and uncooked food, food stored in improper temperature-controlled refrigerators, street food stalls with unhygienic conditions, unpasteurised milk as well as raw eggs. “It can help to keep salmonella at bay and prevent all the complications it brings,” she says.