This doctor broke the AIDS story before the US govt

An interview with Dr Lawrence D Mass, a physician and gay-rights activist who wrote the first press report about the condition that was later named AIDS 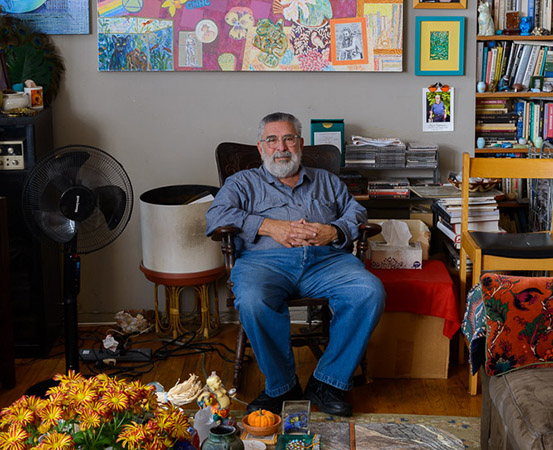 “It was Joyce on the phone. It was in the early spring of 1982. She sounded disturbed. She said, ‘Larry, something is going on in New York City (NYC) emergency rooms! They told me not to tell anybody … some illness. There have been a couple of deaths,’” recalls 76-year-old New York-based physician Dr Lawrence D Mass.

At the other end of the line was the late Dr Joyce Wallace, his friend and fellow physician. She had been working extensively as a volunteer with sex workers on NYC streets and had noticed a disturbing pattern: some people she knew were suddenly falling ill.

The dangers of paracetamol overuse

Chronic chikungunya: pain that ties down for months

Why platelets decline during viral infections

“It was serious, and I decided to write a news report immediately based on my interaction with the city health department officials and field sources,” Dr Mass tells Happiest Health during a telephonic conversation from his residence in Hollywood, Florida.

Apart from being a doctor, Dr Mass also doubled as a gay activist, author and journalist for the now-defunct ‘The New York Native’ newspaper.

On May 18, 1981, Dr Mass’s news report appeared on the second page of the twelfth edition of the Native about the possibility of a new infectious viral disease — weeks before the US government and mainstream media confirmed the outbreak of a viral infection. Ironically, the article bore an ambiguous headline, ‘Disease rumours largely unfounded’, as city health officials downplayed the situation and attributed it to a new version of Pneumocystis pneumonia (PCP) and a form of cancer that affects our immune system.

But he got Dr Steve Philips, then epidemic intelligence officer from the Communicable Disease Centre, Atlanta, to comment about the possibility of the emergence of a new variant of a virus attacking the immune system.

Dr Mass went on to write more stories on the subject, including those where he talked to medical experts mapping the infections even before the mainstream media woke up to the situation.

The Centers for Disease Control and Prevention’s (CDC) weekly mortality bulletin released from Los Angeles on June 5, 1981, was the first official communication from the US government on the infections. It confirmed that five young men in California were suspected to be affected by a virulent version of PCP between October 1980 and May 1981.

This confirmed that the disease was already in circulation for almost eight months. The Los Angeles Times carried a story on this report the same day. The New York Times carried an article on July 3, 1981, saying that Kaposi’s Sarcoma, a rare cancer, was seen in homosexuals.

“Most of the mainstream media remained prejudiced towards us in their reportage,” Dr Mass says. “Maybe the only exception was some of the articles that appeared in the Philadelphia Inquirer by their health reporter Donald Drake.”

The write thing at a wrong time

Dr Mass was born in Georgia in 1946 and completed his MD in 1973. He worked as an anesthetist at the Massachusetts General Hospital Boston before moving to New York in 1979.

“I wanted to take up psychiatry but there was too much discrimination because of my sexual orientation,” he says. “So, I decided to write and make myself heard.”

Apart from writing on gay health issues, Dr Mass also started pursuing the field of addiction medicine. He was the director of substance-abuse treatment programmes at Greenwich House in NYC from 1980 to 1998 and later at the Beth Israel Medical Centre in New York.

He extensively worked to dissuade needle sharing among heroin addicts in an attempt to contain the spread of AIDS. Even the CDC issued an official note on needle sharing only in July 1984.

The HIV -1 virus was discovered in 1983 by a research team comprising of Prof Dr Luc Montagnier and Prof Dr Francoise Barre-Sinoussi from the Pasteur Institute in Paris. They were awarded the Nobel Prize in Physiology or Medicine in 2008 for this discovery. 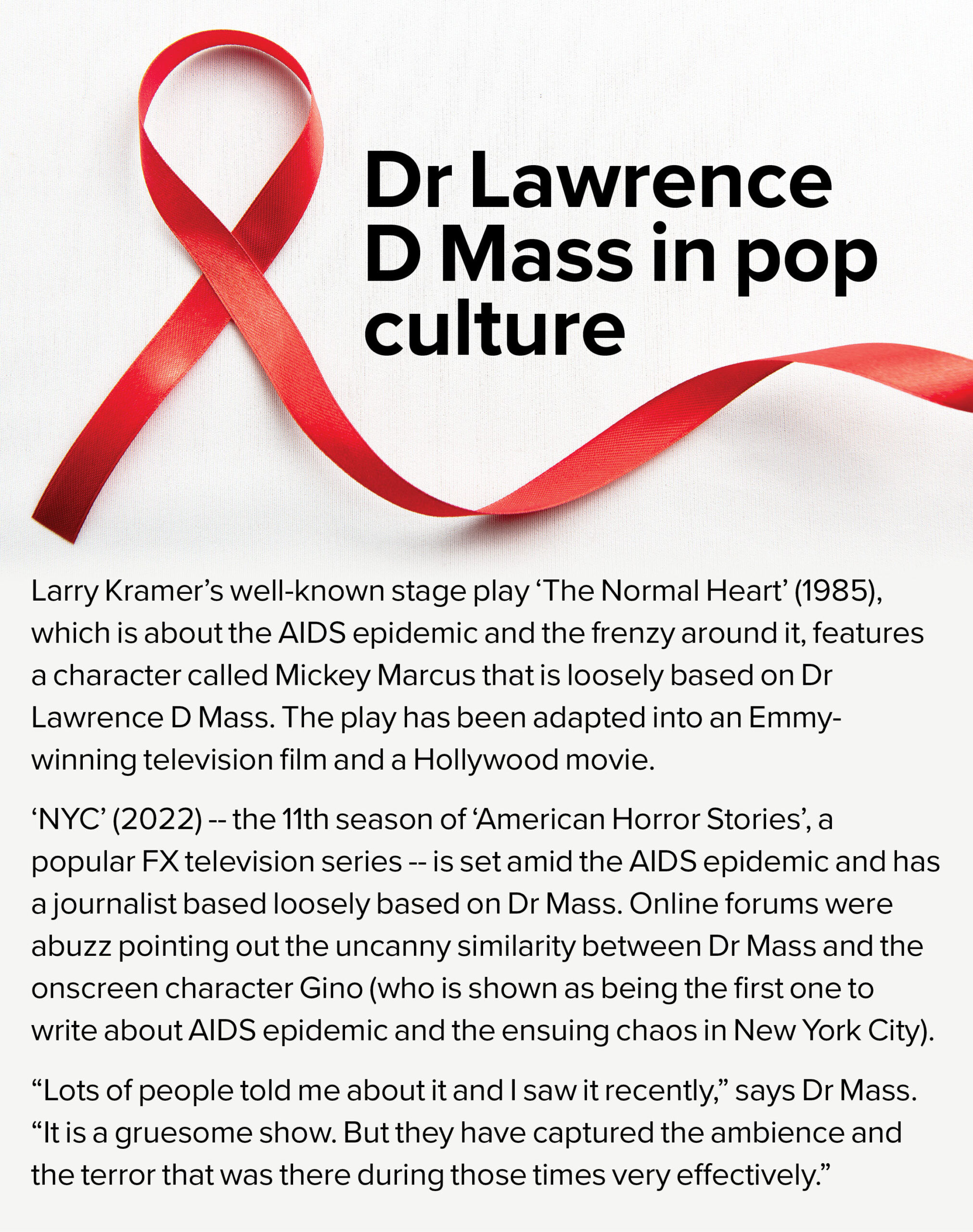 Dr Mass reiterates that from day one the only logical reason for the epidemic was a new virus attacking the immune system.

“But some of the ‘experts’ claimed that multiple factors like poverty, malnutrition and sexual promiscuity compromised our immunity and were responsible for the epidemic,” he says.

Precious time to contain and regulate the spread was lost as a result of this confusion.

“It also eventually paved way for the emergence of global AIDS denial which led to large number of deaths,” Dr Mass says. “Even a section of the experts was of the opinion that the human immunodeficiency virus (HIV) was not the reason for AIDS.”

The confusion was so rampant that the advice to use condoms was not included even in the advisory of some of the support groups supporting the single-virus theory because the advisory was written by late Dr Joseph Sonnabend, a physician who was supporting the multiple-factor theory.

“So those from the other camp did not include using condoms in their pamphlets for some time,” Dr Mass says. “It was a huge mistake. It should have been included from day one.”

Dr Mass is one of the founders of the Gay Men Health Crisis (GMHC), an HIV/AIDS service organisation, along with Larry Kramer, the celebrated US playwright, writer and activist, and three others in 1982. He was also in charge of editing and writing pamphlets for the group.

Dr Mass was also associated with AIDS Coalition to Unleash Power (ACT UP), another advocacy group formed by Larry Kramer and his supporters after they broke away from the GMCH.

“ACT UP also had researchers [and] medical experts involved — collaborating and finding ways to cure or manage AIDS,” he says. “In fact, it pushed for expediting research on antiretroviral therapy to combat AIDS.”

“Arnie was one of the most beautiful human beings,” says Dr Mass. “He had too many health complications mainly due to diabetes. Staying away from AIDS, at the end of the day, was much easier than managing uncontrolled diabetes.”

Dr Mass retired from active medical practice during the pandemic. In addition to multiple social events and gatherings, he is busy working on his two-part memoirs. Meanwhile, the New York Public Library has archived his published works for public reference.