Home
Articles
Can keeping the laptop on the lap affect sperm count?
0

Can keeping the laptop on the lap affect sperm count? 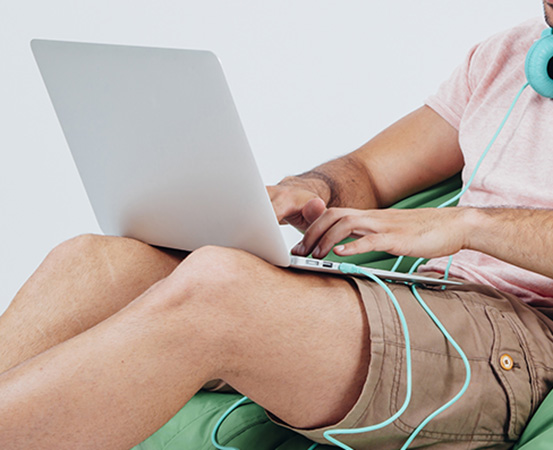 The laptop draws its name from being able to be used on the lap with no need for a surface like a table or a desk. But can resting the device on the lap have a direct bearing on low sperm count or men’s fertility? Here we explore how laptop and sperm count affects in men.

The article, ‘The fundamental reasons why laptop computers should not be used on the lap,’ published in the Journal of Biomedical Physics and Engineering (2016), states that ‘using laptop computers on the lap adversely affects the male reproductive health. When it is placed on the lap, not only the heat from a laptop computer can warm men’s scrotums, but also the electromagnetic fields generated by the laptop’s internal electronic circuits as well as the Wi-Fi Radiofrequency radiation hazards (in a Wi-Fi-connected laptop) may decrease sperm quality.’

Doctors give inputs on why we should not keep laptop on lap to avoid laptop and sperm count affecting the men. “Testicles are designed in such a way that they are kept out of the body to have a lower temperature than the normal body temperature. In normal conditions, sperm production occurs at around 93.2ºF (34ºC). So the temperature of testicles is 5.4ºF (3ºC) below normal body temperature of 98.6ºF (37ºC),” says Dr Ashish Tiwari, medical director, Inlaks Hospital, Mumbai.

Research, published in the journal Fertility and Sterility (2011), evaluated the effects of laptop computers connected to local area networks wirelessly (Wi-Fi) on human spermatozoa. Semen samples from 29 healthy donors were taken. The samples from each of the patients were split into two – one exposed to an internet-connected laptop and the second under controlled, incubated conditions without any exposure to the laptop. The samples that were exposed for four hours to a wireless internet-connected laptop showed a decrease in progressive sperm motility and an increase in sperm DNA fragmentation. However, the levels of dead sperm showed no significant differences between the two groups. The study concludes that keeping a laptop connected with wireless internet on the lap near the testes may result in decreased male fertility.

Temperature does not affect sperm quality

But some experts have a different opinion about the impact of laptops on male fertility. “There have been debates as well as discussions on the placement of laptops on the groin impacting fertility in men, but those are largely baseless. The heat generated by the laptop isn’t high enough to affect it,” says Dr Rajan Bhonsle, sexologist, professor and HOD, sexual medicine, KEM Hospital & Seth GS Medical College, Mumbai.

Ways to use laptop to avoid any fear

According to Dr Tiwari, there are four things to keep in mind while using a laptop:

In Dr Bhonsle’s opinion, if one fears the impact of laptops, a laptop stand, a pillow or a cushion should be used to reduce the ill effects if any. He also suggests cold water showers or pouring cold water on the scrotum as this would help reduce the scrotal temperature, thereby allowing the testes to produce more sperm and testosterone.