Ultra-processed food for children’s breakfast is a no-no 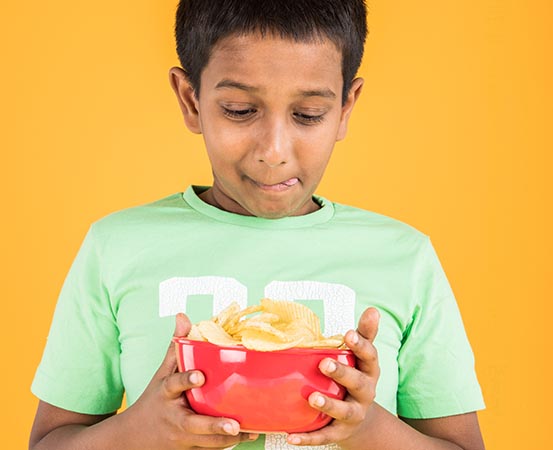 It is worth repeating that breakfast cereals and instant noodles for children are types of processed foods used mostly for the convenience of parents — rather than for any intrinsic nutritional value.

Experts say a food product is deemed unhealthy when it is made more appealing by adding an excess of taste enhancers, flavours, and preservatives to increase its shelf life. Breakfast cereals fall into this very territory.

The National Health Service (NHS) of the UK says that any food that is altered in some way is processed food. “Not all processed foods are unhealthy, but some processed foods may contain high levels of salt, sugar and fat,” it says.

According to NOVA, a food classification tool used by the Food and Agriculture Organization of the United Nations and the Pan American Health Organization, ultra-processed foods including breakfast cereals must be avoided since their ingredients make them nutritionally unbalanced and promote excess consumption.

A 2008 study published in the Journal of the Academy of Nutrition and Dietetics said that compared to adult cereals, children’s cereals are denser in energy, sugar and sodium but less dense in fibre and protein.

And according to study published in the International Journal of Consumer Studies in 2014, the nutritional claims made by cereal companies were largely misleading.

Still, most manufacturers of children’s cereals continue to make unproven claims about the nutritional value of their products. And the might of advertising ensures that the harmful effects of breakfast cereals, for instance, are mostly glossed over.

“Children are attracted to breakfast cereals because of additives, preservatives, sweeteners and other chemical agents which enhance the taste of the product,” says Dr Santosh Kumar, pediatrician and neonatologist, Motherhood Hospitals, Bengaluru. “But processed cereals cause adverse effects — [with] obesity being the most common.

Recalling a case from 2018, Dr Parab says a 13-year-old girl who ate instant noodles for breakfast every day reported high BMI (body mass index) levels. Until then, all the girl’s attempts to follow a healthy diet had failed.

But after a small injury on the feet didn’t heal, a blood test returned a diagnosis of diabetes. “The girl has been put on a strict diet course now,” says Dr Parab.

According to Dr Parab, children lose out on vitamins, antioxidants and minerals when they consume packaged breakfast cereals.

She stresses on the importance of variety, especially fibre, in breakfast. “Fibre in the form of fruits, vegetables and whole grains in the morning aids in the process of digestion,” she says. “It also makes you feel full for a longer time.”

Cautioning about the long-term effects of breakfast cereals on children’s health, doctors recommend the following: