Home
Articles
Pneumothorax: Air in the chest but not in the lungs
0

Pneumothorax: Air in the chest but not in the lungs

Air inside your lungs helps the heart pump oxygenated blood throughout the body; but if gets inside the chest, it can cause the collapse of the lungs 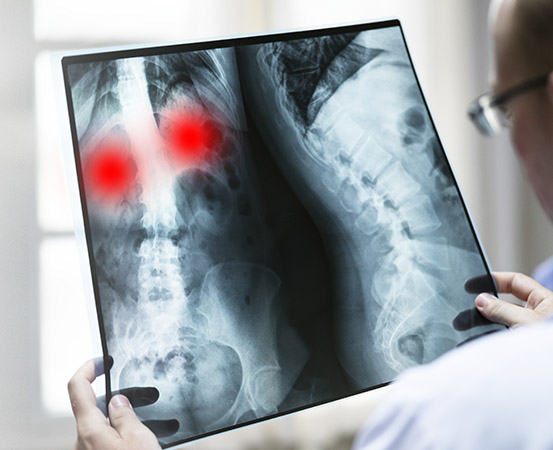 An 18-year-old man from Bengaluru recounts experiencing acute back pain and mild chest pain on one side that would intensify during inhalation. “I was admitted to a hospital, where the doctors inserted a tube into my chest to remove the air,” Abhinav (name changed on request) tells Happiest Health.

Removing the air from the chest? That puzzled Abhinav initially, till the time he was told about the diagnosis of pneumothorax.

Pneumothorax is the collection of air in the pleural space, says Dr Akashdeep Singh Arora, consultant pulmonologist, Healthway Hospitals, Goa. Pleural space is the space between the lungs and the ribs which is filled with lubricating fluid.

ARDS: A distress signal from the lungs that requires immediate care
When air sacs in lungs turn into tiny balloons of water
Asthma: don’t mistake it for a common cold

“As we breathe, our lungs inflate and expand,” says Dr Arora. “To create space for this expansion, our ribs also expand. To facilitate the constant movement of the lungs and ribs, there is a space between them and that is called pleural space, which is filled with lubricating fluid. In pneumothorax, the accumulation of air compresses the lungs, causing breathing difficulties.”

Dr Arora says our lungs are like balloons. “They expand and fill up with oxygen and then transfer this oxygen into the blood,” he says. “Pneumothorax doesn’t leave any margin for the lung to expand, resulting in the oxygen not filling the lungs. Hence the oxygen getting transferred to the blood is compromised. The size of the pneumothorax varies from mild, medium to large. When the pneumothorax is large enough, the lung may cease to function, and the person will be solely breathing through the healthy lung until the air from the affected lung is drained out.”

How does pneumothorax manifest itself?

According to Dr Hirennappa B Udnur, consultant pulmonologist at some of Bengaluru’s top hospitals, chest pain and shortness of breath are the primary signs of pneumothorax. “Cyanosis (bluishness of the skin) is another symptom that is commonly seen, which results from a reduced oxygen in the blood,” he says.

Dr Arora says, “During a rib fracture, the pointy end of the rib may puncture the lung. If the person experiences breathing difficulty along with the pain induced by the trauma, pneumothorax may be suspected, and an urgent chest X-ray should be done.”

About SSP, Dr Priti Nair, a pulmonologist based in Thiruvananthapuram, Kerala, says tuberculosis-associated pneumothorax was a common occurrence in India. “In advanced cases of TB, pneumothorax is often suspected,” she says.

According to a 2011 study published in Respiratory Care, the official journal of the American Association for Respiratory Care, in persons with tuberculosis below 30 years old or in those with cavitary lesions (gas-filled space in lungs), the doctors must consider evaluating for pneumothorax if the person’s respiratory condition worsens.

Dr Arora recalls a recent case while talking about the occurrence of pneumothorax in adolescent boys.

A teenage boy developed chest pain and breathing difficulties after trying to put his two-wheeler on the centre stand. “Normally our lungs are highly elastic — they can expand to great lengths and contract due to the presence of collagen tissue, which is highly elastic,” Dr Arora says. “In the case of adolescent boys, this elastic tissue is not very well formed due to certain genetic deficiencies which are more common among boys.”

The doctor says such boys develop tiny stretched-out bubbles in their lungs called blebs or bullae (sacs of air). “These bullae can rupture on any kind of heavy exertion,” he says.

Dr Udnur says spontaneous pneumothorax among adolescents is especially seen in boys who are tall and have a lean frame.

Dr Udnur says pneumothorax can be diagnosed with a chest X-ray. “Sometimes small pneumothoraxes can be missed and require a specific positional X-ray,” he says. “Bedside X-ray and bedside ultrasound are also used in case of seriously ill persons. In rare cases, CT scan and MRI scan are used to diagnose pneumothorax.”

In the case of Abhinav, the recovery took about four days. “After the tube was inserted, the pain reduced, and I became symptom-free.”

Dr Arora says the primary treatment of any pneumothorax is to give a passage for the air to drain out outside the chest. “This involves putting a tube into the chest,” he says. “This tube is connected to a bottle. The bottle is filled with water and the tip of the tube dips below the water. By a negative pressure effect, the air in the chest cavity starts flowing from the tube into that bottle.

“As soon as you put the tube and connect it to the bottle, you’ll see bubbling. The reason we put this tube below the water level is that the air, which is escaping out of the chest [and] into the bottle, can only go out in one direction. Air from the bottle cannot reversely go back into the tube. This procedure is called underwater seal drainage system. This is a universal treatment for pneumothorax.”

According to Dr Udnur, in some cases, surgery may be required if there is an underlying air bubble (bullae). Surgical intervention like video-assisted thoracoscopic surgery (VATS) and open thoracotomy are performed to remove the bullae. VATS is a minimally invasive procedure in which surgical instruments are inserted into the chest along with a tiny camera.

Dr Arora says in the case of a pneumothorax caused by the rupture of an air sac, the patient’s symptoms may get relieved by draining the air out, but the lung will not function to its potential until the rupture is sealed. Hence doctors must do either a surgical procedure and stitch up that part of the lung or do a bronchoscopy to locate the puncture and seal off the lung tissue by injecting medical glue. As the lungs open, the tube is removed.