Are your lungs healthy? Pulmonary function test will tell

Pulmonary function test gauges how well the lungs are functioning, proving to be an effective tool for the diagnosis and treatment of a range of lung ailments 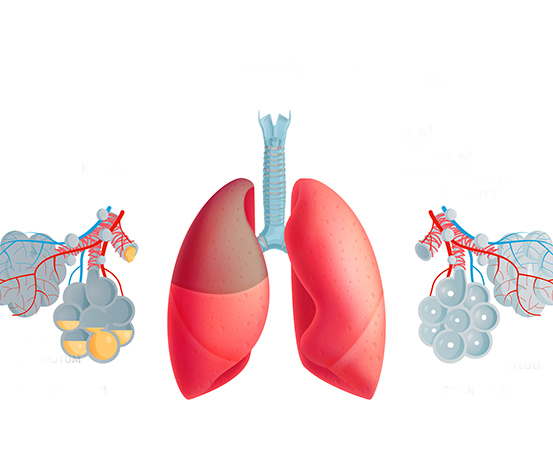 It was the summer of 2019. Sophia Baker was awaiting a pulmonary function test to decipher if all was well with her lungs.

It all began when she was jogging in a park with her friends a few weeks before that. What began as a fun outing was soon marred by a sharp stabbing pain in her chest.

She brushed it off thinking that it may be due to her jogging, after being inactive for a while, says the 33-year-old administrator from Canada. She let it pass and didn’t probe any further.

After a few days, when Sophia decided to put on her running shoes again, she ended up gasping for breath within a few minutes of her run. “This time around I felt something was seriously amiss. I went to the doctor right away to understand this strange anomaly in my breathing.”

Sophia was referred for a pulmonary function test (PFT) by her doctor.

“I was asked to inhale and fill my lungs with air and blow as fast and long as possible into a tube, twice. I took a rescue inhaler (a quick-acting inhaler that expands the airway during an asthma attack) thrice and waited for 15 minutes, after which the procedure was repeated.”

Since she never used an inhaler before, her heart rate was faster and she felt lightheaded for a while.

Sophia also did an allergy test. She was diagnosed with asthma triggered by allergies. “The specialist asked me to be vigilant while working out, but also encouraged me to be physically active,” she says.

Sophia was prescribed daily tablets and the rescue inhalers were to be taken when needed.

Sophia’s diagnosis hasn’t deterred her from staying fit. She has manoeuvred her life around her condition. She uses her rescue inhaler before doing extensive cardio and always carries it in her bag. “I don’t use it during light cardio. My chest will feel tight with a slight burning sensation, but it usually goes away on its own,” she adds.

A year later she did a lung function test again, and her medications were adjusted accordingly.

What is a pulmonary function test?

“There are different types of PFTs, prescribed based on a person’s condition. The test results are used to determine the diagnosis, severity and prognosis,” she adds.

Spirometry is the most common lung function test and detects any obstruction in the airway.

“In spirometry, we measure how much air can be forcefully expired in one second,” says Dr Sampat Dash, consultant, pulmonary medicine and critical care at Ashwini Hospital, Cuttack, Odisha.

“Obstructive airway diseases like Asthma, Bronchitis, and COPD, which present themselves with symptoms like breathlessness are diagnosed with spirometry,” he adds.

What happens during a spirometry test?

In spirometry, the person is seated on a chair with a clip on the nose, to prevent air from escaping the nose.

“It is a breathing test where the person has to inhale deeply and exhale fast and hard into a tube. This tube is connected to a machine that records the force of exhalation and the amount of air exhaled within a specific time, ranging from one second to six seconds. This apparatus is called a spirometer,” Dr Dash explains.

“They are administered an inhaler or bronchodilator and after 15 minutes, the test is repeated. Comparing the results before and after using the inhaler helps gauge if the inhaler is effective and improving their lung function,” he adds.

When should you get a lung function test?

“When a person experiences breathing difficulties which are atypical of their age and health status, it is an indicator to get tested,” says Dr Pratibha Gogia, senior consultant pulmonologist, Venkateshwar Hospital, Dwarka, Delhi.

Dr Kar adds, “Chronic cough that lasts more than two weeks despite trying treatment measures and persistent chest pain should be investigated through a PFT.”

Preparing for a PFT

According to Dr Gogia, these are the pre-test preparations:

Takeaways: when should you not do a PFT?

If a person is unable to comprehend instructions due to psychological conditions or extremities of age, the results may be affected, says Dr Dash.

According to Dr Kar, if a person has pneumothorax, a condition where air leaks from the lungs into the chest, a PFT shouldn’t be performed.

Dr Kar advises against a PFT for up to four weeks if a person has had a heart attack. “Performing PFTs in persons with aneurysms (the ballooning of an artery due to a weakened artery) may lead to rupture of the blood vessels,” she concludes.