Home
Articles
Sleepy at the wheel? Danger ahead for sure
101

Sleepy at the wheel? Danger ahead for sure 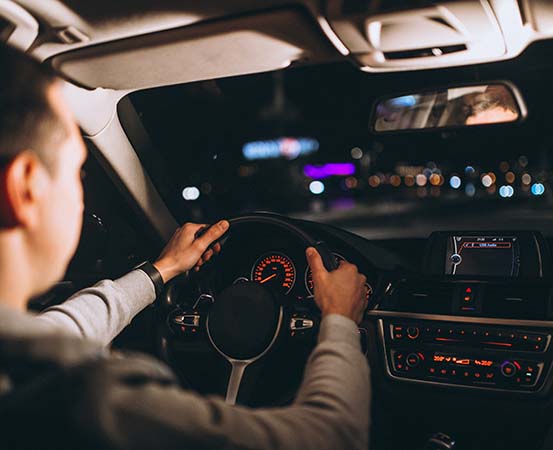 “Drive safe,” is what people often hear from friends, family and loved ones as they get behind the wheel. The perils of not doing so were brought home once again when Indian wicketkeeper Rishabh Pant had an accident in Uttarakhand on 30 December 2022. Several news reports claimed he had been drowsy while driving his car — with the potholes too playing a part in the accident.

Since being alert is an important aspect of driving, the lack of sleep is a big risk factor while on the road. Sleep-deprived driving or driving while drowsy can have serious consequences.

“You are at risk of falling asleep while driving if you have less than six hours of sleep,” says Christine Meyer, a certified health coach based in California. “Driving while drowsy can decrease reaction time, decrease awareness [and] impair judgement, with an increased risk of crashing while an individual drives in a sleep-deprived state or experiences sleepiness at the wheel. This is termed drowsy driving.”

Statistics bear out this observation.

“Road traffic accidents occur not only because of the quality of the roads or traffic errors,” says Dr Sunil Kumar K, lead and senior consultant interventional pulmonology, sleep medicine, Aster CMI Hospital, Bengaluru. “Up to 30 per cent of people encounter this situation due to sleepiness at the wheel. Lack of sleep is a common cause of drowsy driving. You need a good seven to eight hours of sleep every day.”

Why lack of sleep affects driving

According to a study published in 2022 in the Journal of Clinical Medicine, sleepiness at the wheel is a crucial factor contributing to road traffic accidents and the risk of such accidents is high in people with obstructive sleep apnea (OSA, up to sevenfold in comparison with the general population).

Recalling a case of drowsy riding, CA Mathew, clinical head, Sleep Blizz, Bengaluru, says a 32-year-old man with sleep disorder came to his clinic after having had many episodes of falling asleep while riding. “The man landed in the intensive care unit after an accident riding a motorbike,” he says. “What made it unusual was that he dozed off while riding. The diagnosis turned out to be OSA.”

Mathew says that due to work stress, leisure, party time and other activities, people’s sleep is compromised, leading to sleep deprivation. “Anything which deprives us of a full eight hours of sleep is called ‘sleep debt’,” he says. “Due to sleep disorders like OSA, a person is not rested or alert throughout the day. Screening for OSA in driving licence applicants is not mentioned in medical fitness guidelines in many countries.”

“Recently, I dozed off while driving home in the morning following my shift,” says Anish Jindal, a 24-year-old from Dehradun, Uttarakhand, who works the night shift at a private company. “Fortunately, my friend, who was next to me in the passenger seat, observed this and shook me. I immediately stopped my vehicle and took a nap before I drove further.”

Meyer says both passengers and the driver need to look out for certain signs to prevent the occurrence of drowsy driving: 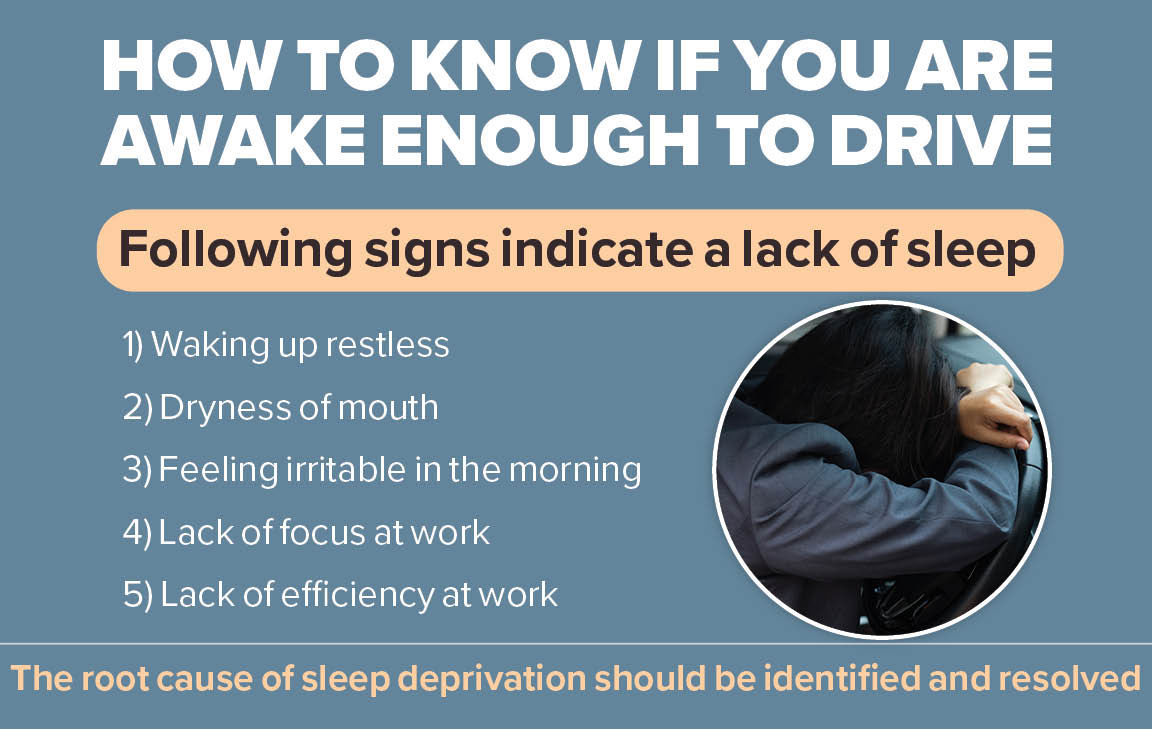 Meyer says drivers under the age of 25 (new drivers who are mostly sleep-deprived due to work or leisure), shift workers and people with long work hours, commercial drivers (especially long-haul drivers) and people with untreated OSA are at higher risk of falling asleep while driving.

How to avoid drowsy driving

Experts say people should not compromise on sleep since recurrent sleep deprivation can have serious consequences. They suggest the following tips to avoid drowsy driving: