Excess androgens, stress could cause hirsutism

Hirsutism can affect women of all ages, but most shows signs of the condition in their prime reproductive years 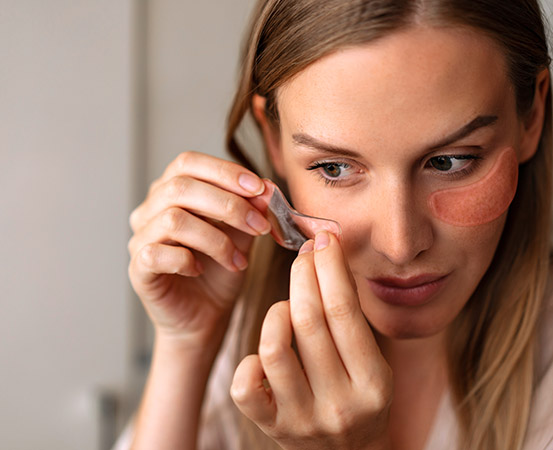 Nayana Shah (name changed), a 20-year-old pursuing her undergraduate degree from Lucknow, Uttar Pradesh, is a happy-go-lucky person. She loves to talk, share her food and go to movies with her friends. But of late, she has become a recluse. Reason: the stress caused by the spurt of hair growth on her face.

Recently, Shah visited a skin and hair clinic in search of a solution. “I was diagnosed with hirsutism,” she told Happiest Health.

Hirsutism is an excessive growth of terminal (coarse, long and thick) hair in women. The growth, typically, occurs on face, chest, abdomen and back, which are androgen-sensitive sites.

If a woman is diagnosed with hirsutism, clinically it means she has hyperandrogenism. This, in turn, suggests high levels of androgen hormone (such as testosterone) that heightens the male characteristics in the female.

Research suggests that globally 5-15 per cent of women develop hirsutism.

“Biochemically, androgen is converted to estrogen. When androgens are more than estrogens or the body develops sensitivity to androgen hormones, it can cause hirsutism,” Dr Anantharaman Ramakrishnan, adult and paediatric endocrinologist at Magna Centres for Obesity, Diabetes and Endocrinology, Bengaluru, told Happiest Health.

Additionally, Dr M Ravish Pai, a dermatologist who runs a skin and hair clinic in Bengaluru, says one should also be on the lookout for “sudden weight gain, lethargy, altered sensorium (difficulty in concentration), disorientation and pigmentation in the neck and underarms”.

Shah’s condition of hirsutism was typically stress-induced, says Dr Pai. “Other causes include hypothyroidism (inability of the thyroid gland to produce enough thyroid stimulating hormone [TSH]) and obesity (which increases the cholesterol level),” he says.

Obstetrician and gynaecologist, Dr Yasmin Imdad from Kinder Women’s Hospital and Fertility Centre, Bengaluru, says, “Women with polycystic ovary syndrome (PCOS) — a hormonal imbalance caused by hyperandrogenism among women after the onset of puberty — are vulnerable to hirsutism.”

A 2017 study at the University of California, San Francisco, US, concluded that incidences of hirsutism are different for different ethnicities. Hispanic, Middle Eastern, South Asian, African American and women of mixed ethnicity are more prone to develop hirsutism. Women of Caucasian, Ashkenazi Jewish, East/Southeast Asian and Native American ethnicity are less likely to develop the condition.

Hirsutism can affect women of all ages. However, most show signs of hirsutism in their prime reproductive years. Dr Ramakrishnan says this condition becomes visibly apparent in the late twenties or early thirties.

Those who have high sensitivity to androgens develop severe hirsutism as early as 14 years of age, he says.

Hirsutism has a significant psychosocial impact on women. It can cause psychological distress.

Cosmetic treatment: The cosmetic measures are determined based on the hair type. “Vellus hair or thin hair growth can be removed either through depilatory methods (removal of hair at the skin’s surface) such as shaving or epilatory methods such as waxing or laser removal (removal of the hair below the skin). Laser is more suitable for permanent hair removal,” says Dr Ramakrishnan.

In 2018, a task force appointed by the US-based Endocrine Society recommended photoepilation (permanent hair removal through use of intense pulsed light [IPL]) as the most suitable cosmetic treatment for terminal hirsutism for women of colour.

“Medications alone won’t help. Hirsutism can be a lifelong condition based on the hormonal reaction,” says Dr Pai. His suggestions:

Hirsutism can be reversed, but it requires immense patience and multi-dimensional efforts, says Dr Ramakrishnan.

“Almost a decade ago, Kavya (name changed), then 16, consulted me. She had excessive hair growth and a change in voice — the visible symptoms of hirsutism. Clinical diagnosis revealed she had insulin resistance and PCOS. Her testosterone levels were three to four times higher than normal women (normal testosterone is median of 30–40 nanogram per decilitre). Her menstrual cycles were highly irregular.”

Kavya was given oral contraceptives and anti-androgens to treat her for her conditions. “Her hirsutism was successfully reversed,” says Dr Ramakrishnan.

“It has been a decade since the treatment. She is happily married and now, she wants to start her family.”