Caused due to unwanted tissue growths in the uterus, these tumours might not always present symptoms, making early diagnosis and treatment imperative 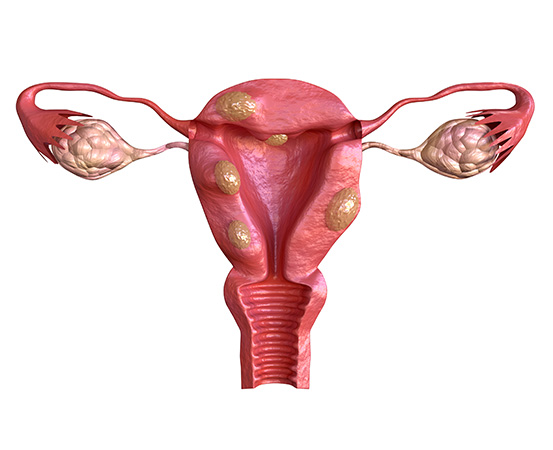 It was during her pregnancy tests that Navya Ahmed (name changed), 39, a homemaker, found out that she had uterine fibroids.

“I was unaware that I had fibroids in my uterus although I had all the symptoms like heavy periods and excessive pain in my abdomen. It was only during my pregnancy tests, as recommended by my gynecologist, that I found out about these tissue growths,” Ahmed told Happiest Health.

Doctors say along with mandatory health check-ups for other conditions, women should make it a point to check for fibroids.

Many women fail to notice the symptoms typical of fibroids as they develop gradually. But over a period of time, they get progressively worse and cause several health issues.

According to Dr Deepak Rao, consultant – laparoscopy and gynecological surgeries, Motherhood Hospitals, Bengaluru, “While many women develop fibroids, most of them are unaware of the gynecological condition as they might not be regular with their check-ups.”

They are abnormal and unwanted tissue growths that can develop in or on a woman’s uterus, especially during her childbearing years. These could also be referred to as non-cancerous tumours. Sometimes, fibroids can become quite large and cause severe abdominal pain and heavy periods.

However, not all women with fibroids experience symptoms. They are non-cancerous and not a cause for worry.

As of now, the exact cause of fibroid development is unknown. But doctors say that the hormones produced by the ovaries, estrogen and progesterone, cause the uterine lining to regenerate during each menstrual cycle. This may stimulate the growth of fibroids. Also, during pregnancy, there’s an increase of these two hormones in the body. Thus, fibroids could develop and grow rapidly. It is also said that it can be a condition that runs in the family. If a woman’s mother or sister or grandmother had fibroids, chances are she might also get them. Age factor also plays a role in determining who might get fibroids. Generally, women above 30 are more prone to develop them.

The most common symptoms of fibroid growth are heavy menstrual bleeding, irregular periods, pelvic pressure or pain, frequent urination, pain during intercourse, menstruation that lasts longer than usual, pressure or fullness in the lower abdomen, swelling or enlargement of the abdomen, difficulty in emptying the bladder, constipation, backache, or leg pains.

If fibroids are left untreated, they will continue to grow and increase in number. It can cause severe cramping and heavy menstrual bleeding. They can put pressure on other organs like the bladder and bowel. Some fibroids that are located close to the lining of the uterus or are blocking the fallopian tubes can also lead to infertility.

The symptoms depend on the number of tumours as well as their location and size. For instance, submucosal fibroids may cause heavy menstrual bleeding and trouble in conceiving.

If the tumour is small or a woman is going through menopause, then they might not have any symptoms. Fibroids may shrink during and after menopause. This is because women undergoing menopause experience a drop in their estrogen and progesterone levels, hormones that stimulate fibroid growth.

The treatment depends on the size and location of fibroids and the severity of the condition. Sometimes if the fibroids are small and are not causing any health risks, treatment may not be necessary.

But if they are the kind that need to be treated, doctors may recommend certain medications that will shrink the fibroids or surgeries that will remove them.

In some cases, where the fibroids are very large, a hysterectomy (uterus removal) may be necessary. This option could be considered if the woman with the condition does not plan on conceiving in the future.

For the rest, there are many minimally invasive surgery options available such as laparoscopy and hysteroscopy that help in removal of fibroids. Doctors say these options are better as recovery is faster, pain is reduced, and the person undergoing the treatment needs to be monitored in the hospital for just a day. Complete recovery usually takes 3 to 4 days. These surgeries remove the fibroids while keeping the uterus intact.

“Fibroids can lead to anemia and infertility in some women. Removal of fibroid in such women can restore fertility. With laparoscopic surgery, which is easy, small incisions are made to operate a woman’s reproductive system, without any cuts, and remove the unwanted growth,” said Dr Rao.