Heart attack may be ‘silent’ in some women since they have vague symptoms unlike men. Doctors say one of the most common preventive measures is regular screening 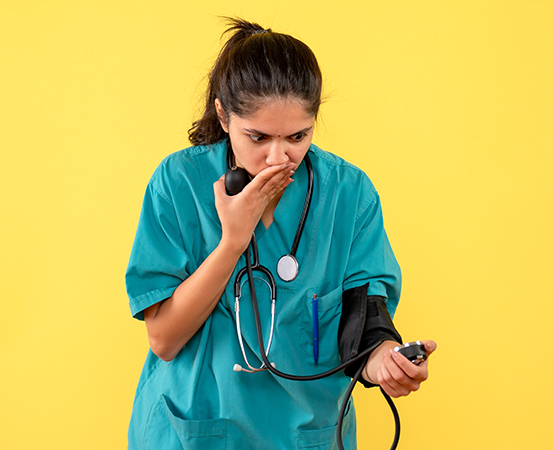 It was a shocker for Christina Raju, a 52-year-old Mangalore resident, to learn that she had had a silent heart attack when she went for a regular ECG (Electrocardiogram) test. She could not recall having had chest pain or any other symptoms known to be related to heart attack.

Raju has had hypertension, diabetes, and thyroid disorder for several years and is on medications for the same. “I feel tired and sweat a lot while doing house chores; but I rest for some time and resume my work. Last year in May, my children took me to a hospital for a health check after I recovered from covid. The doctors informed us that they noticed scars of a silent heart attack and asked me to start treatment immediately,” she said.

Like Raju, several women suffer silent heart attacks which go undetected resulting in them seeking help after the condition has worsened.

READ MORE
Lipoprotein (a): A marker to identify heart attack risk
HCM: A genetic disorder that puts heart at risk
Oil is well? Yes, but conditions apply
Yes, children too can have high blood pressure

A silent heart attack is also known as unrecognized myocardial infarction. Most people know when they are getting a heart attack and, in this case, people don’t realise that they had one.

A silent heart attack occurs when there is nil to mild chest pain and breathing difficulty, says Dr R Anantharaman, Senior Consultant Interventional Cardiologist at Kauvery Hospital, Chennai. “In some cases, the symptoms are atypical where one won’t feel any chest pain or difficulty in breathing but will have other symptoms like sweating, dizziness and fatigue. A blood test or ECG (Electrocardiogram) will then confirm a heart attack,” he says.

Who are more prone to silent heart attacks

Dr Anantharaman said that silent heart attack is more common in people with diabetes, when they have the condition for more than 10 years, especially among those above 40 years of age. He says that they have autonomic neuropathy (a condition where nerves of the autonomic nervous system are damaged) and there is a numbness of nerves which can be a reason why someone may not exhibit any chest pain.

“We see atypical symptoms more among the female population and it is often neglected. Most seek medical help when the condition gets worse. Women have more tolerance towards the symptoms and do not report it immediately, until it gets severe. This can be due to the responsibilities they carry both at home and work. The treatments are no different to a symptomatic heart attack, and it can involve angioplasty, surgery or a medical treatment,” he said.

“That is the main reason why women are advised to test for hemoglobin, vitamin B12 and not an ECG or treadmill test. Depending upon the symptoms doctors do make an investigational approach which is why it delays the diagnosis in women,” he said

He said that in a normal scenario, women are protected from heart attack till they start menstruating but nowadays women mainly those who have associated risk factors like diabetes, smoking habits, lots of stress and especially poor lifestyle are the reasons for heart attacks in women.

“Seeing the past covid history, diabetes and acidity are also associated with heart ailments in young women. It mainly differs also because some of the chambers in women are smaller and the walls that divide the chambers are thinner and the veins are finer. That is why it differs from men and also the reason why women get more silent attacks,” said Dr Kulkarni. 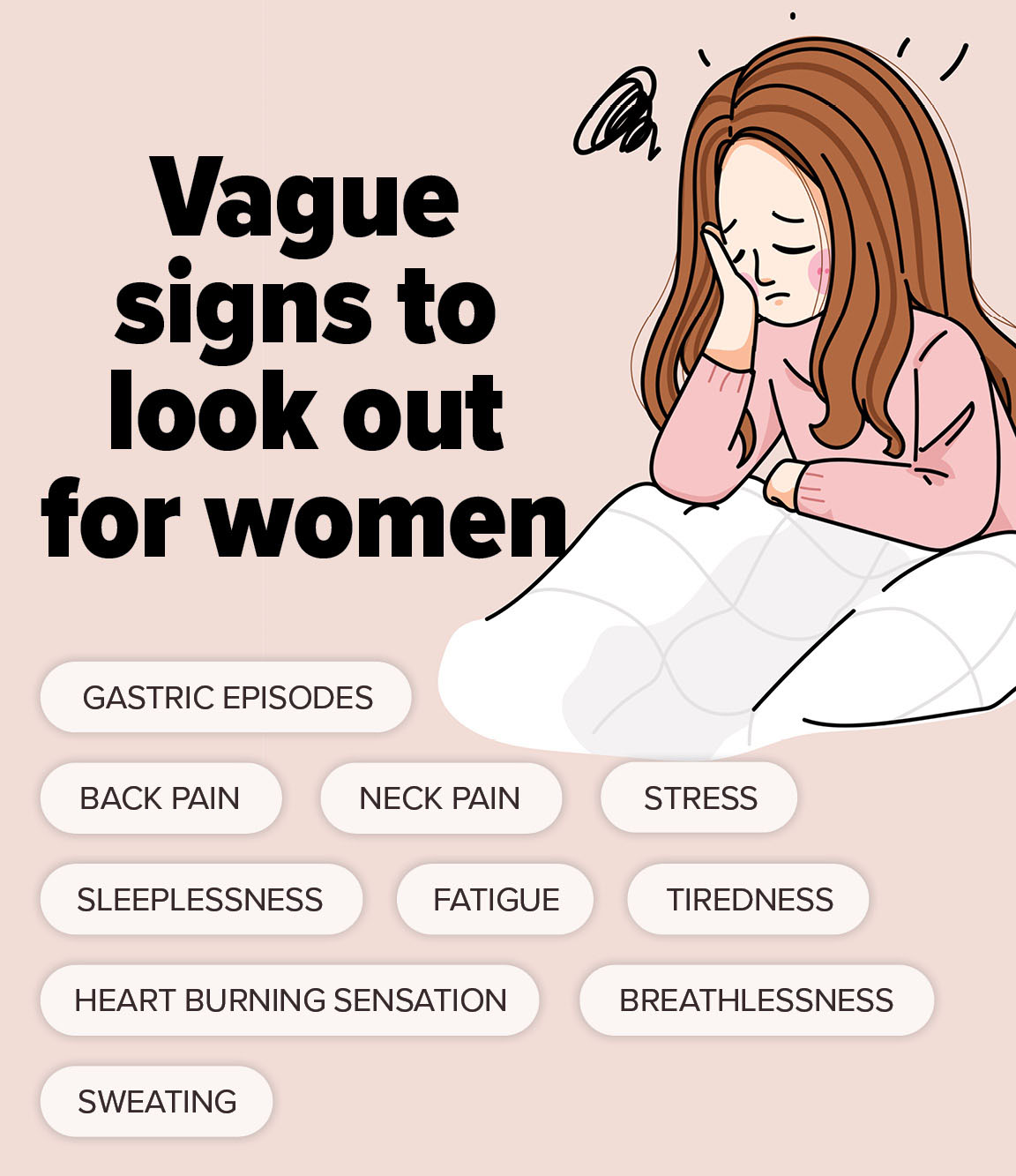 How to prevent and diagnose early?

Dr R Anantharaman said that one of the most common preventive measures is regular screening, especially for those above 30 years of age who may have comorbidities like diabetes and hypertension.

He said that the screening tests include ECG, ECHO (Echocardiogram), CT-Calcium Scoring and CT-Angiogram. “The treadmill test may not be accurate among the younger population (30-45 years), as the sensitivity to detect coronary artery diseases among them may not be accurate giving false positive treadmill. Lifestyle modifications such as healthy eating habits, good quality of sleep, regular exercises will be helpful in prevention of heart attacks irrespective of gender and age,” he said.

Dr Kulkarni said that among women, since the heart attack symptoms are vague and it often needs provocative tests like treadmill to detect as vague symptoms are often not picked up by ECG and ECHO. “A lot of people wouldn’t have realised that they underwent a silent heart attack and after months when they come to hospital for other health issues, we notice the scars and inform them,” he said.

Stating an example of vague symptoms he said, recently, a 42-year-old woman who had significant symptoms approached him. “We carried out a routine test which was normal, but she expressed symptoms like back pain, neck pain, stress, sleeplessness, and fatigue. We did an ECG and ECHO which did not show any blockage and as she couldn’t walk to do the treadmill test, we went ahead with the angiogram which showed three blockages,” he said.