All you need to know about irritable bowel syndrome 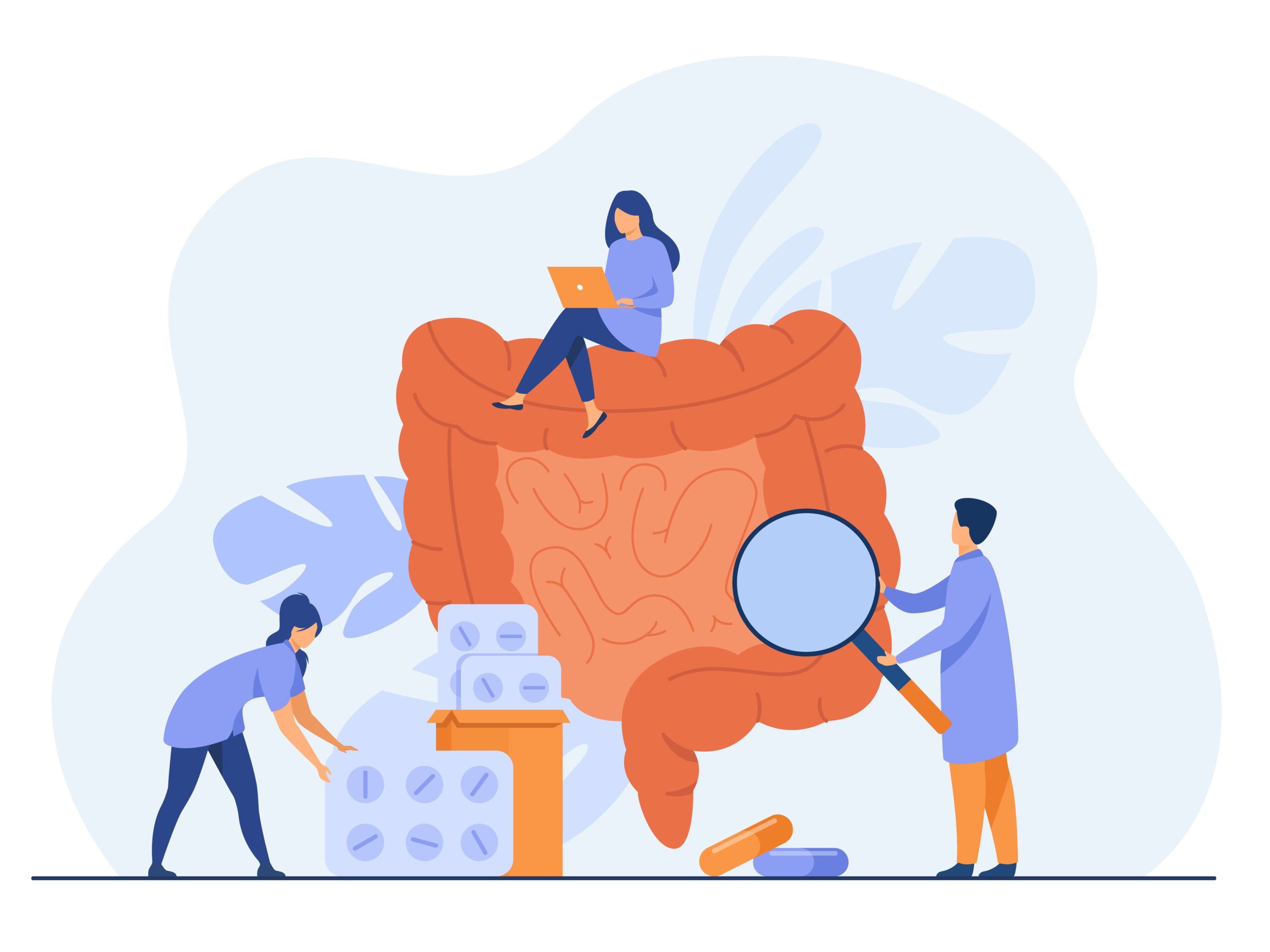 Our bowel can get irritated too! It can bloat the stomach, and cause diarrhea, constipation and abdominal pain.

Though this condition has multiple names — such as colitis, mucous colitis, spastic colon, nervous colon and spastic bowel — it is commonly known as irritable bowel syndrome (IBS).

IBS is a group of symptoms that occur together, including repeated pain in your abdomen and changes in your bowel movements, which may be diarrhea, constipation or both. The condition has symptoms without any visible signs of damage or disease in your digestive tract, according to the National Institute of Diabetes and Digestive and Kidney Diseases, US.

According to the World Journal of Gastroenterology, the condition affects nine per cent to 23 per cent of the population across the world, and the percentage of patients seeking health care related to IBS is by far the largest subgroup seen in gastroenterology clinics.

Despite being a chronic and debilitating functional gastrointestinal disorder (a disorder of gut-brain interactions), most people fail to see it as a condition and accept the symptoms to be the normal way their gut functions.

Krupa, a 26-year-old Bengaluru-based private company employee, lived with her discomfort for two years. “Always fearing an upset tummy, I didn’t know what it meant to dine out peacefully with my family and friends,” she says.

She experienced severe stomach and back pain and rushed to the washroom after eating only a little food. This prompted her to eat less or nothing at all, making her dehydrated, tired and dizzy. “I have even had blackouts in the middle of the road,” says Krupa, who lost 8kg in a year due to the condition.

Dr GS Sidhu, principal consultant, gastroenterology, Max Super Speciality Hospital, Mohali, Punjab, says IBS is characterized by non-specific symptoms of abdominal pain, abdominal cramps and change in bowel habits, which wax and wane over time and can have a serious impact on the quality of life.

“The presence of alarming symptoms — like fever, weight loss and rectal bleeding, and the presence of palpable mass, especially in people over 50 years with a family history of colorectal carcinoma and celiac disease — all warrant investigation,” says Dr Sidhu.

But the route to diagnosis isn’t simple. Krupa was initially diagnosed with a bacterial infection and given antibiotics, which helped a bit but the effect didn’t last long. Her list of diagnoses included water infection, intestinal infection and stomach worms. It was only after a colonoscopy and blood, urine and stool tests ruled out the possibility of ulcers and internal bleeding that the doctor concluded she had IBS-D (irritable bowel syndrome with diarrhea).

“It’s difficult to ibs diagnose since symptoms vary. Other organic diseases — colitis, small intestinal bacterial overgrowth (SIBO) — need to be distinguished before establishing the diagnosis of IBS,” says Dr Parth. The diagnosis is supported by a detailed history of symptoms, onset, clinical examination, blood tests and an abdominal scan (ultrasound/CT abdomen) in special circumstances, he says.

“The pathophysiology (physiological processes associated with the condition) of IBS is not yet completely clear,” says Dr Sidhu. He says genetic, immune, environmental, inflammatory and psychological factors, in addition to visceral hypersensitivity, can all play an important role in IBS causes, one that most likely involves the complex interactions between gut and brain (gut-brain axis).

The June 2014 edition of the World Journal of Gastroenterology says three per cent to 36 per cent of enteric infections lead to persistent new IBS symptoms, and the incidence depends on the infecting organism. While viral gastroenteritis seems to have only short-term effects, bacterial enteritis is followed by prolonged IBS-PI (irritable bowel syndrome post-infection).

The journal says serotonin (a neurotransmitter for various biological functions) dysregulation plays a significant role in the control of gastrointestinal motility, sensation and secretion providing support for its involvement in the motor and sensory dysfunction associated with this condition. It also says that psychosocial factors are important in IBS, but whether these factors directly alter gastrointestinal function remains uncertain.

Another study, published in the March 2011 issue of the Clinical Gastroenterology and Hepatology journal, suggested the role of small intestinal bacterial overgrowth (SIBO) and genes in causing IBS. However, the role wasn’t clearly causal.

Dr Parth says altered gastrointestinal motility, visceral hypersensitivity (the lower threshold for pain in organs), post-infectious reactivity, brain-gut interactions, alteration in faecal microflora, bacterial overgrowth, food sensitivity, carbohydrate malabsorption and intestinal inflammation all have been implicated in the pathogenesis (that is, cause and development) of IBS.

According to Dr Sandur, irritable bowel syndrome treatment focuses on relieving symptoms for a better quality of life. Mild signs and symptoms can often be controlled by managing stress and by making changes in diet and lifestyle. “If the problems are moderate or severe, along with ibs medication we suggest counselling, especially if there is depression or stress, because they tend to worsen the symptoms,” he says.

Dr Parth says that the treatment is categorised as medical and non-medical (nonpharmacological). “While addressing abdominal pain, it is helpful to distinguish whether the pain is constant or chronic versus intermittent,” he says.

According to Dr Parth, the latter shows better results when treated with antispasmodics, whereas the former may have a better response from low-dose antidepressants (to facilitate endogenous endorphin release, blockage of norepinephrine leading to enhancement of descending inhibitory pain pathways, and blockade of the pain neuromodulator, serotonin).

Dr Parth says food intolerances (gluten and lactose) or allergies are strong contributors to IBS symptoms and need to be ruled out. His patients reported that removing wheat, dairy products, eggs, coffee, yeast, potatoes and citrus fruits from their ibs treatment diet is helpful.

“Fat intake increases stool frequency and diarrhea. Sorbitol and other sugar-alcohols found in most sugar-free or reduced-sugar products are poorly absorbed in the gastrointestinal tract and may cause increased flatulence and abdominal discomfort,” he says.

Dr Sandur says if there is bloating or gas, carbonated and alcoholic beverages and certain foods that may lead to increased gas should be avoided. He says some people are sensitive to certain carbohydrates such as fructose, fructans, lactose and others known as FODMAPs (fermentable oligosaccharides, disaccharides, monosaccharides, and polyols). “FODMAPs are found in certain grains, vegetables, fruits and dairy products,” says Dr Sandur.

Delhi-based lifestyle management coach and dietician Surbhi Aggarwal says the best ibs treatment diet could be to restrict problem- or gas-causing foods and increase the fibre intake gradually along with increasing the water intake. “An adequate amount of water intake and chewing food slowly plays a very important role in managing IBS,” she says.

Krupa was advised by her doctor to identify what triggered her symptoms. It took her a long time to realise that her IBS is food as well as stress-induced, and the symptoms are different for each of them — when it is food-triggered, she gets diarrhea; when it is stress, she gets cramps.

Being gluten- and lactose-intolerant, Krupa avoids milk, soybean, paneer, wheat and sprouts. She follows a rice-based irritable bowel syndrome diet with a healthy mix of fruits and vegetables. She also has soaked chia seeds to soothe her gut. To release her stress, she rests at home and diverts her mind with activities like martial arts, weapon training and travelling.