Home
Articles
Uterine rupture: how to avoid it
0

Uterine rupture: how to avoid it

A tear in the uterine wall can be alarming for pregnant women. Experts shed light on the causes and how to prevent it 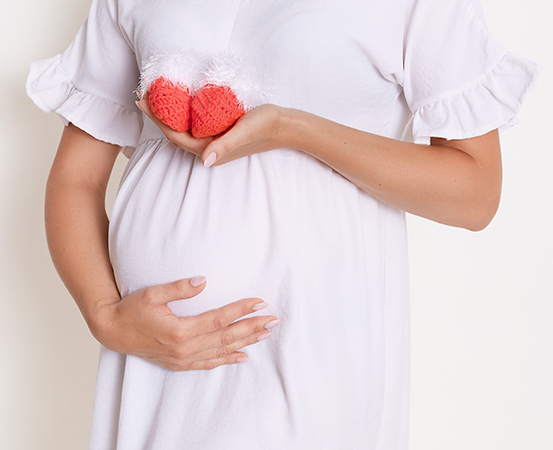 Nidhi Nair, a 34-year-old homemaker from Kerala, experienced a nightmare during the third trimester of her pregnancy. She went into labour before her due date, with spontaneous and painful contractions. The baby’s heart rate started increasing. Nair’s pulse rate was also high, and her blood pressure started falling. A closer analysis of her case history revealed that she had fibroid removal as part of her infertility treatment before her pregnancy. This may have weakened or scarred her uterine wall which lead to uterine rupture (UR.)

What is uterine rupture?

UR is the “tearing of the uterine wall and the loss of its integrity through breaching during pregnancy, delivery or immediately after delivery. It is a catastrophic event in obstetrics, often resulting in both maternal and foetal adverse consequences,” say researchers from the University of Gondar, Gondar, Ethiopia.

It can lead to maternal death or sometimes miscarriage or other health abnormalities in the neonate. Hence, immediate treatment is necessary.

What causes uterine rupture in pregnancy?

Dr Yasmin Imdad, a senior consultant in obstetrics and gynaecology, Kinder Women’s Hospital and Fertility Centre, Bengaluru, tells Happiest Health, that this condition most often affects multiparous women (women who have had one or more previous childbirths).

Obstetricians, gynaecologists and public health researchers outline several conditions that could lead to UR during different stages of pregnancy:

A 20-year retrospective analysis (conducted from 1 January 1999 to 31 December 2019) of the delivery outcomes from the National Institute of Public Health of the Republic of Slovenia indicated that women who previously underwent hysteroscopic septum resection (HSR is a procedure to remove the septum of the vagina to make space in the reproductive system for a fertilised egg implant) also had chances of developing UR.

Dr Anupama Ramachandran, managing director and chief consultant of Pran Fertility and Well Women Centre from Kerala, claims that a weak uterus increases the chances of UR. She enlists varied reasons for a weak uterus.

Who is at risk?

Dr Imdad says that uterine rupture is rare with an unscarred uterus, affecting 0.5–2 per 10,000 pregnancies.

The affected population largely includes pregnant women above 35 years who have had C-sections.

Dr Ramachandran offers a ray of hope as she states, “if the scar caused by C-section (caesarean) is a lower segment transverse scar the risk is lesser; but if the scar is vertical then the chances of UR in the subsequent pregnancy is higher.”

Dr Imdad describes, “the risk of UR after one C-section is one in 200 women with spontaneous births; however, this increases two-to-three-fold with induction and augmentation of labour.” She enumerates the other risk factors that could lead to UR, and they include:

Lesser-known causes of UR include obesity, diabetes or excessive intra-uterine fluid.

What are the signs of UR?

The signs for UR can emerge during the first, second or third trimester of pregnancy. However, experts recommend the chances of UR are higher during the second trimester.

A study published in The Journal of Obstetrics and Gynaecology, in 2009, emphasised that the most common symptom during uterine rupture is ‘a foetal heart rate abnormality during labour.’ Other symptoms include vaginal bleeding and uterine tenderness.

Dr Imdad lists out a few other symptoms. They are:

Dr Imdad suggests, “CTG abnormalities are associated with 55–87 per cent of uterine ruptures.”

Dr Imdad says, “in cases of suspected UR, stabilisation of the mother and emergency delivery are crucial.”

Since maternal and foetal death can be immediate aftermaths of untreated UR, Dr Ramachandran stresses that treatment is largely based on the ability to control bleeding. “If the bleeding can be controlled, laparotomy (a surgery that involves an incision into the abdomen to examine the abdominal organs) is needed, and the uterus is stitched back to save it. However, if the bleeding cannot be controlled, hysterectomy (removal of the uterus) is lifesaving for the mother,” says Dr Ramachandran.

UR can be prevented through consistent monitoring and detailed case-history analysis of the pregnant woman. Experts recommend that strict and meticulous monitoring of pregnant women’s progress at the time of labour can help in early detection, prevention and/or treatment.

Dr Ramachandran adds, “case history analysis (especially those with fibroids and a consequent surgery) should be closely monitored through the progression of pregnancy.” Dr Imdad adds that proper selection of cases for vaginal birth after Caesarean (VBAC) can also prevent UR.

In Nair’s case, Dr Ramachandran claims, the first step was to control uterine bleeding. The next step was a C-section delivery. In the end, she delivered a healthy baby; consequently, her uterus was stitched back.

Dr Swathi Bhat, a naturopathy doctor and yoga practitioner believes, “yoga is both preventive and curative. Although pregnancy-related complications such as uterine rupture will need timely medical assistance, yoga can be a supportive therapy in both the preconception and antenatal stages. The time to save an unborn baby’s life is before the onset of pregnancy.”

She adds that yogasanas (yoga poses) can help overcome the weakness of the uterine and pelvic muscles.

“Breathing techniques such as ujjaiyi and nadishuddhi bring calmness, increase confidence, courage and reduce fatigue associated with pregnancy. The regular practice of breathing exercises brings about relaxation in between spasms.”

“Mudras (hand gestures) bring about psychological and physical balance. Yoni mudra (also known as womb gesture) in particular, resembles yoni/uterus. It nourishes the placenta, strengthens the uterine muscles, helps in smooth vaginal delivery, maintains the health of the baby, urinary system and harmonises the body from within.”