Focal hand dystonia, or writer’s cramp, is a rare neurological disorder that is often misdiagnosed as an overuse syndrome

When Vinay Shetty (name changed) was a final-year student of medicine in Chennai about five years ago, he developed a peculiar problem in his right hand: whenever the 28-year-old started jotting down notes, he experienced spasms that made writing difficult. The pen would just slip from his hand.

Shetty consulted many specialists, but they could not pinpoint the problem and the medications didn’t help. Many presumed he was making up the symptoms since he had spasms in his hand but no pain. Finally, a friend (also a doctor) recognised the problem and referred him to a senior neurologist, who diagnosed Vinay with focal hand dystonia or writer’s cramp. 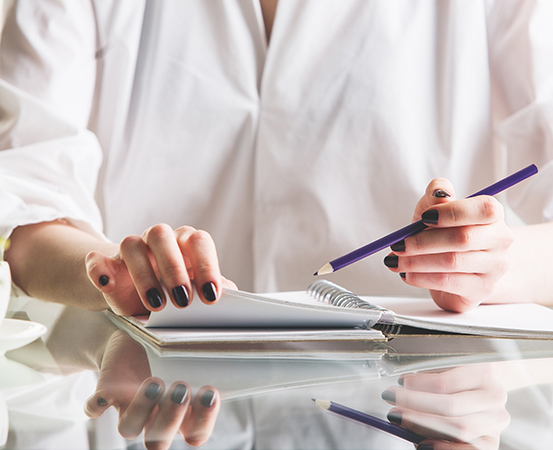 What is writer’s cramp?

Writer’s cramp is a rare neurological movement disorder that usually affects people in the 30-50 age group. It is a task-specific, focal dystonia, which means that it occurs while doing a specific task (such as writing) and impacts only a particular part of the body and the muscles around it. Hand dystonia is characterised by muscle contractions that result in abnormal movements and repetitive actions in the body, which an individual has no control over.

“In this condition, an individual has spasms while doing the task,” says Dr Dilip Chand Raja S, spine surgeon at Fortis Hospitals, Chennai. “The muscles of the fingers, wrists, hands, arms and sometimes shoulders automatically contract, making it tedious to grip the pen or have control on one’s handwriting.

“Apart from writer’s cramp, similar forms of hand dystonia are seen in people who play a musical instrument (musician’s cramp), typists and golfers. It mostly affects people who do a lot of writing, including students doing professional courses or research work. Symptoms arise only when using the hand for writing and do not appear while using the same hand for other activities, for example, driving a car, tightening a screw or picking up an object.”

Sprain or strain: how to manage your sports injuries

Shin splints: keeping your shin up and running

According to the Dystonia Medical Research Foundation, this disorder is caused when the brain and nervous system send incorrect signals to the muscles, causing spasms. Some researchers point out that certain abnormalities in the part of the brain that controls movement results in lack of coordination between the peripheral muscles and the brain, leading to communication issues.

Studies show that in a small percentage of people, dystonia may be genetic. Acquired hand dystonia is when the condition occurs because of trauma that leads to spinal cord injury or nerve damage. Most often, the exact cause of onset of focal hand dystonia cannot be identified. Even researchers and medical professionals are yet to understand how this disorder occurs and the neurological factors behind it.

“Unlike other neurodegenerative disorders such as Parkinsonism or cerebral palsy, where dystonia involves the whole body, focal hand dystonia involves a specific part of the body,” says Dr Raja. “Since it is a rare condition, it is often misdiagnosed by doctors as a disorder of overuse such as repetitive stress disorder or carpal tunnel syndrome, where symptoms occur due to strain on the muscles caused by repeated gadget use. Meanwhile, in focal hand dystonia there is a network problem between the brain and peripheral muscles. A major distinguishing feature is that 95 per cent people with writer’s cramp do not have pain. Those who have an underlying psychosocial condition or are dealing with anxiety or depression may have a tendency to develop dystonia.”

Writer’s cramp can be diagnosed with a thorough physical examination and checking the patient’s medical history. The problem does not show up in tests like magnetic resonance imaging (MRI) or nerve conduction study. An electromyography can be done to find out which group of muscles are contracting.  Focal hand dystonia does not have any cure. But certain treatment modalities and adaptive strategies may be used to manage the problem.