Home
Articles
Calcium deficiency: walk through the land of milk and sunshine
0

Calcium deficiency: walk through the land of milk and sunshine

Constant knee pain, acute fatigue, muscle cramps and difficulty sleeping were the typical issues that Hyderabad-based Susheela Param (51) faced in late 2021 when her physician said she was suffering from calcium deficiency or hypocalcemia. Her calcium levels were found to be hovering around 7 mg/dl, which is lesser than the normal range of calcium levels in adults (8.5 to 10.5 mg/dl.)

She was on intravenous infusion of calcium in the initial stages and her condition gradually stabilised with calcium supplements and dietary changes. “I am on calcium supplements. Apart from that, I have at least three glasses of milk a day, fish twice a week and I take regular morning walks to catch my dose of Vitamin D,” says Param, a banking professional.

She recalls that before her diagnosis, the last time she took calcium was during her pregnancy as per her gynecologist’s instructions. But now she is worried about other complications she could develop in the future due to calcium deficiency, especially osteoporosis, a medical condition where bones become weak and porous and gradually lose density and mass.

“Hypocalcaemia is defined as total blood calcium less than 8.5 mg/dl. If calcium blood levels drop under 7 mg/dL, hypocalcaemia is considered severe,” says Dr Aashish Arbat, consultant orthopaedic surgeon, Jehangir Hospital, Pune. Dr Arbat explains that low levels of calcium can cause extreme fatigue, which involves a lack of energy and an overall feeling of sluggishness, and it can also lead to insomnia. “Fatigue associated with a calcium deficiency can also involve light-headedness, dizziness and brain fog — characterised by lack of focus, forgetfulness and confusion,” he says.

According to Dr RP Ram, internal medicine specialist, Jaslok hospital, Mumbai, one should not only look at calcium but also vitamin D. “Calcium is a very important nutrient which strengthens the bones. If there is calcium deficiency, there will be an underlying deficiency of vitamin D in most people. Vitamin D facilitates calcium absorption in the small bowel. Without vitamin D, calcium absorption is not possible from the small bowel. Vitamin D and calcium live and work together. They should be supplemented together,” Dr Ram tells Happiest Health. He points out that poor calcium intake can hurt the bones and also affect energy levels.

Dr Arbat says that the severe symptoms of hypocalcaemia include:

However, usually, there are no symptoms of mild calcium deficiency, according to Sheela Krishnaswamy, dietitian, nutrition & wellness consultant and former president of the Indian Dietetic Association. “A few people may have muscle cramps or spasms. A physician would be able to diagnose calcium deficiency if it exists. Prolonged calcium deficiency can reduce bone mass and increase the risk of osteoporosis. Apart from affecting the bones, long-term lack of calcium can affect the muscles, nerves and heart too,” says Krishnaswamy.

A lack of calcium in the body can have long-term effects. Dr Ram points out that severe forms of hypocalcaemia can lead to cramps in the abdomen and can change the heart rhythm. “Those with hypocalcaemia get irritated and feel depressed. Their concentration becomes poor and sleep gets disturbed. If a child suffers from an acute deficiency of vitamin D and calcium from an early age, he/she will be vulnerable to rickets,” says Dr Ram. He adds that in adults, prolonged deficiency of vitamin D and calcium leads to a condition called osteomalacia where bones become very weak and soft. It also results in osteoporosis among post-menopausal women. Those with calcium deficiency are at risk of bone fractures too.

Doctors point out that calcium is an essential mineral because it plays a vital role in the functioning of skeletal, cardiovascular, endocrine and neurological systems. “Ninety-nine per cent of the total body’s calcium is in the bone and that acts as a calcium reservoir,” says Dr Ram. He highlights that hypocalcaemia can also lead to bronchospasm, a condition in which the muscles in the bronchi or the airways in the lungs get tightened and lead to breathlessness due to a sudden constriction of the muscles.

“If every adult consumes 24 ounces to one litre of milk a day and takes nutritious food, along with an early morning walk in the sunlight, the burden of calcium deficiency can be reduced gradually,” says Dr Ram. 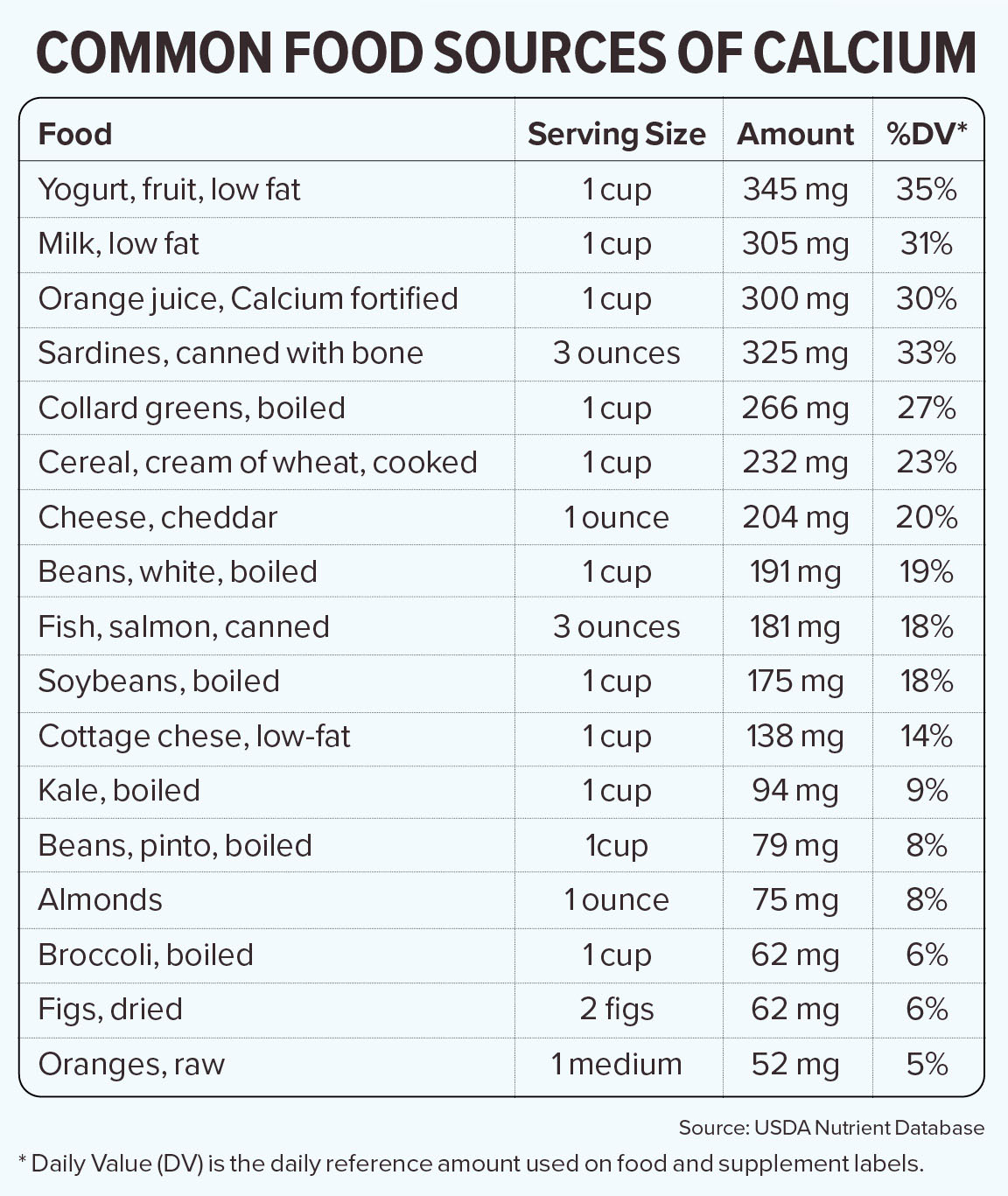 Poor absorption of calcium in the small bowel especially in Crohn’s disease and loose motion also leads to hypocalcaemia, along with deficiencies of fat-soluble vitamins A, D, E and K, says Dr Ram. He adds that calcium deficiency can affect the skeletal system, cardiovascular system, hormone synthesis and neurological functioning along with overall poor health. It can also cause low energy and myopathy (a disorder of the skeletal muscles.)

Apart from poor diet, problems with the parathyroid glands and kidneys can cause calcium deficiency, says Dr Arbat. It can also happen because of certain drugs.

In Dr Ram’s observation, a lack of physical activity and smoking can also contribute to calcium deficiency. “Too much coffee and tea hinder vitamin D absorption, which in turn affects calcium absorption. Once calcium deficiency hits people, their mobility gets affected and they won’t be able to walk for two to three kilometres easily. Their general health becomes poor and they could lose muscle mass and experience low back aches,” he adds.

According to Krishnaswamy, supplements are needed only when there is a deficiency in the body. They might also be given if a person has specific illnesses. “Individual assessment is required to give calcium supplements,” cautions Krishnaswamy.

Dr Ram adds that the treatment for hypocalcaemia depends on the severity of the condition. “Vitamin D supplementation is a part of treating hypocalcaemia. If the condition is severe, apart from supplements, the person affected also requires an intravenous infusion of calcium during hand spasms,” he says. Besides, each case differs, and the treatment is also based on the symptoms seen in each individual. He mentions that a thorough evaluation of the case and the related conditions play a vital role in zeroing on the treatment option.

Prevention is better than cure

Daily intake of calcium through diet is equally important. “As per universally accepted norms, infants (below 12 months) need 300 milligrams of calcium in the form of food every day. Children (one to 16 years) need 400-650/day and people above 18 need 800 milligrams/day. Women beyond the age of 50 must have a calcium intake of 1,000 milligrams per day as they might be going through menopause. For lactating mothers, it should be 1,000-1,200 milligrams a day,” says Dr Ram. He advises people to stay away from fast food and incorporate calcium-rich food into their everyday diet, including milk, dairy products and fresh vegetables. “Fish is rich in calcium. Curd products contain both calcium and vitamin D which can help in digestion,” he adds.