Although itchy, red eyes are common, they may be signs of conjunctivitis. Experts point out the differences and precautions 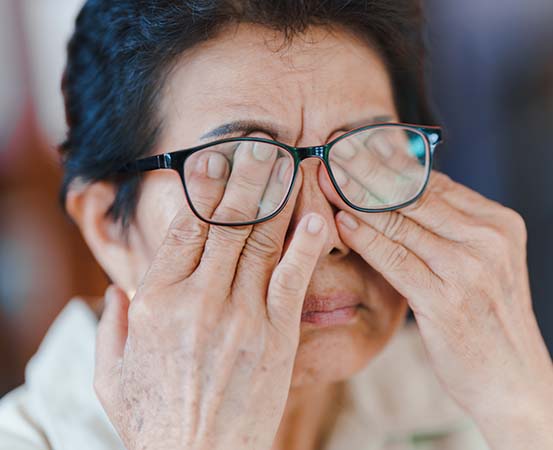 Red, itchy, or continuously watering eyes is a commonly seen symptoms in those who have allergies or the common cold. However, that’s a typical symptom of conjunctivitis too. Commonly known as pink eye, conjunctivitis is a contagious eye infection that spreads upon direct contact with the infectious discharge from the eyes.

Ria Patrick, a 24-year-old social media manager from Bengaluru, recalls how her entire family contracted conjunctivitis from her brother. “We dismissed his red and watery eyes as pollen allergy, so it spread to the rest of us probably when he came into direct contact with us after he rubbed his eyes,” says Ria. She saw a continuous discharge of fluid from her eyes which had turned red and often burned. “My eyelids would get stuck when I woke up in the morning,” she recalls.

Dr Arun Samprathi, a pediatric ophthalmologist and medical director of Samprathi Eye Hospital & Squint Centre, Bengaluru, says that the pain is relatively less in the bacterial infection and the eyes tend to get stuck, especially while waking up. “When this happens, clean your eyes thoroughly with water,” he says, adding that the severity and symptoms of this condition are similar for both adults and children.

Other symptoms in both types include swelling of the eyelids, pain, and foreign body sensation (feeling like something is rubbing against the eyes while blinking).

“Among the different types of conjunctivitis, the one caused by the adenovirus spreads rapidly,” says Dr Triveni. She explains that adenovirus can invite other respiratory symptoms along with conjunctivitis “Patients do sometimes suffer from a sore throat, fever, runny nose, diarrhoea when they contract the conjunctivitis infection; however, this may not be applicable to everyone and it only happens in rare cases,” she said.

Adenovirus usually grows and spreads at a rapid rate in summer which leads to a lot of people contracting pink eye (also known as Madras eye). But Dr Triveni adds that sometimes, a drop in temperature can also help the virus to spread.

“Conjunctivitis is prone to spreading faster among children than adults, as they often keep touching surfaces and objects that are unclean and later rub their eyes. So, maintaining hygiene is important for them,” says Dr Samprathi. He adds that since children tend to have higher immunity than adults, they recover faster; but this depends on what type of conjunctivitis they contract.

The following precautions can help prevent the spread of this infection from an infected person: